The World Cup is over for another four years and the tournament's grand finale didn't disappoint.

France won the biggest prize in football for the second time by overcoming Croatia 4-2 in a thrilling final in Moscow.

But once the final whistle had gone, the chaos of the presentation ceremony got under way... eventually.

It took more than 20 minutes after the end of the match for the trophy to emerge from the tunnel, leaving the teams to stand awkwardly on the pitch awaiting the ceremony.

Having already had a pitch invasion earlier in the match, the Russian organisers were clearly taking no chances with security.

Former Germany captain Philipp Lahm carried the iconic trophy onto the pitch and the formalities were able to proceed.

Russia president Vladimir Putin, France president Emmanuel Macron and Kolinda Grabar-Kitarovic, the Croatia president, arrived onto the field with the rest of the presentation party.

And with that, the storm that had been threatening to break the whole match erupted.

Putin didn't seem perturbed - probably because he had a man holding an umbrella over his head the whole time, while his French and Croatian counterparts were getting soaked. 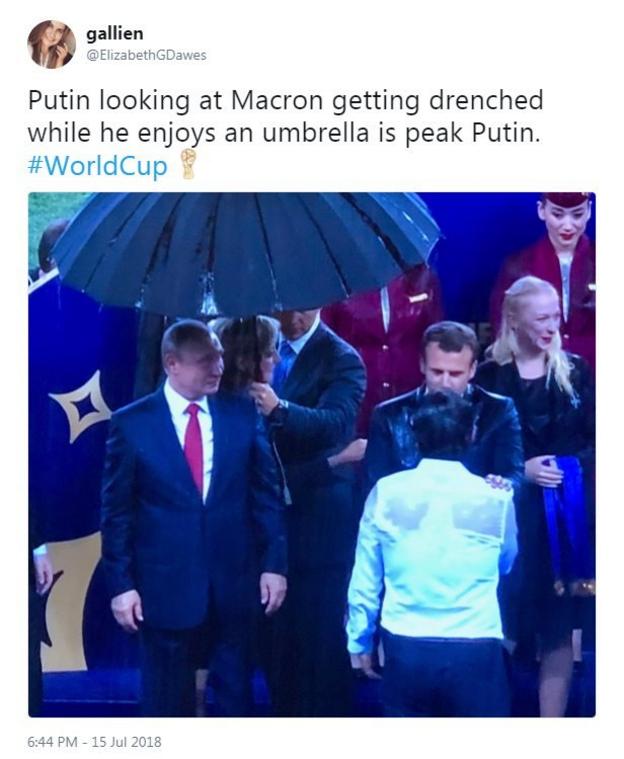 Neither Macron nor Grabar-Kitarovic appeared to mind. They were busy embracing each player individually - regardless of nationality - and they seemed to be thoroughly enjoying themselves. 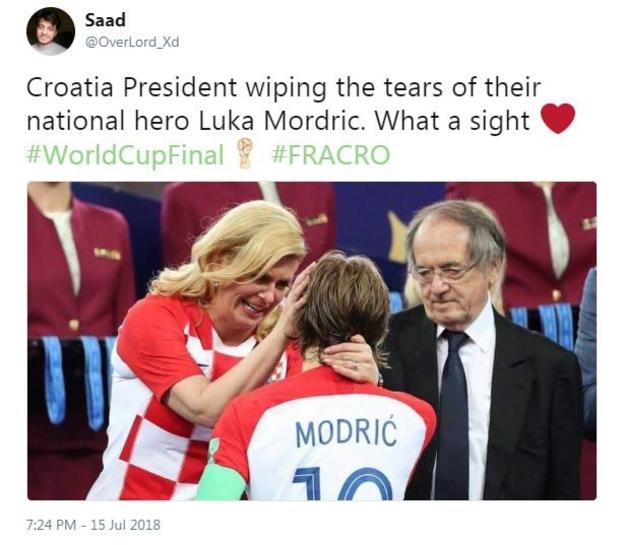 Once the formal medal-giving had ended, it was time for the trophy to be handed to France captain Hugo Lloris.

The players were poised, the camera operators were in position and the trophy was ready to be lifted.

This is the moment that will be all over every news bulletin in the world - don't mess it up.

And what happens? The camera's view of Lloris' big moment was obscured by men in suits walking past at the exact moment he raised the World Cup above his head. 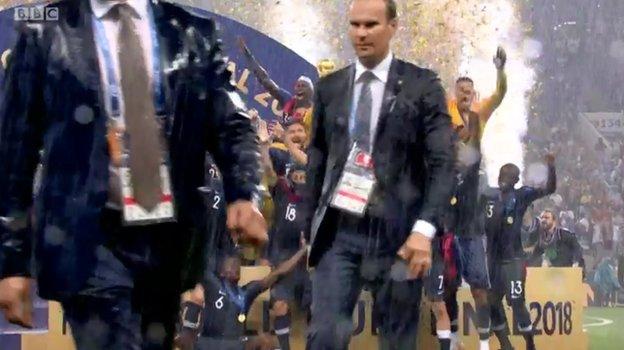 Somewhere in Moscow, there's a Russian TV director screaming into a pillow.

All in all, it was a rather confusing end to what was a wonderfully unpredictable World Cup.

And the rain which caused the gold ticker-tape to stick to the players' skin has no doubt given newspapers all over Europe some form of "golden generation" headline for Monday's papers.