Croatia midfield maestro Luka Modric is Mark Lawrenson's player of the 2018 World Cup, but who does he think will win Sunday's final?

The match between France and Croatia is the 64th and final game of the tournament. Lawro has made a prediction for all of them and, overall, he has been right 52% of the time.

In the semi-finals, Lawro correctly thought France would beat Belgium, but predicted England would win their semi-final 2-1 in extra time. Sadly for Gareth Southgate's side, it was Croatia who scored the decisive late goal.

Lawro picked the winner in three of the four quarter-finals and six of the eight last-16 ties. He had a 46% success rate in the group stage, correctly predicting the outcome of 22 of the 48 games.

Before the tournament, Lawro correctly chose 14 of the 16 teams that reached the first knockout stage, including Brazil - his pick to win the tournament - and England, who he thought would go out in the quarter-finals.

Lawro was speaking to BBC Sport's Chris Bevan in Moscow. 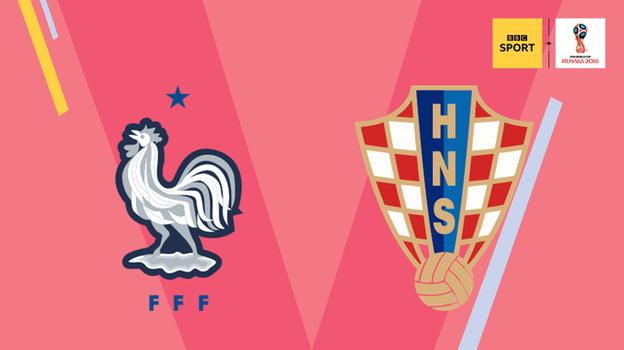