But how can you predict the team that will lift the World Cup in Moscow on 15 July?

By looking at the trends, statistics and patterns from tournaments past, BBC Sport has eliminated 31 nations and concluded which one will be crowned world champions.

Here are the things that the 2018 World Cup winners must do...

Since the World Cup expanded to 32 teams in 1998, all of the eventual champions have been seeded. Indeed, the last non-seeded winners were in 1986, when Argentina were carried to the trophy by Diego Maradona and his 'hand of God'. In one move, we have removed 24 teams in the competition and are left with eight. 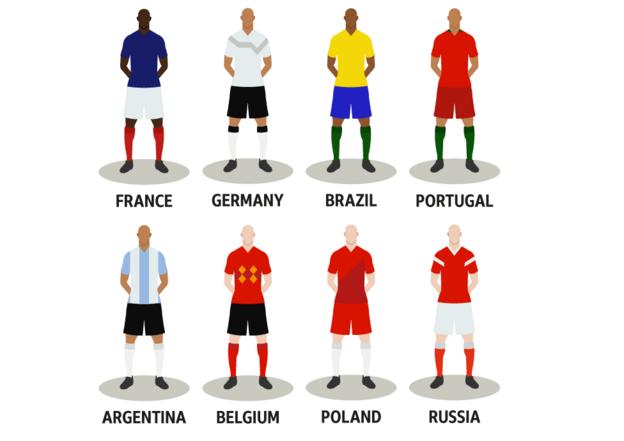 Don't be the hosts

Russia benefit from a 44-year tradition of the host nation being seeded. With a world ranking of 66, they would not be one of the top eights if they were not staging the party.

Hosting the World Cup, though, is not the route to success it once was. The first 11 editions of the tournament, from 1930 to 1978, produced five home winners. Since then, the past nine tournaments have seen the hosts crowned champions only once - France in 1998.

While it was never likely that the United States, Japan, South Korea or South Africa were going to win the World Cup, Italy in 1990, Germany in 2006 and Brazil four years ago were not helped by being the host nation. 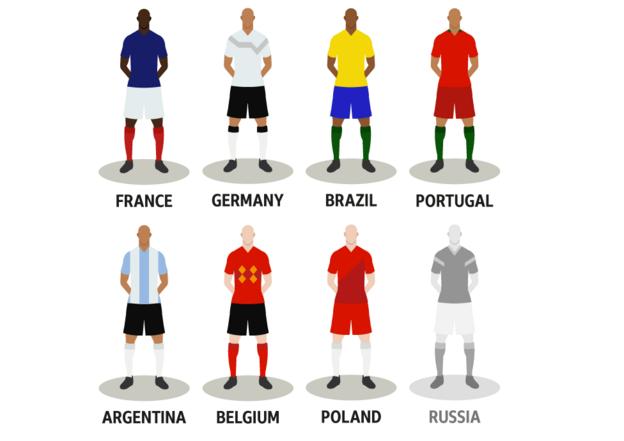 In the 32-team era, none of the five champions have conceded more than four goals over their seven games.

Looking at our seven remaining sides, Poland had by far the leakiest defence during qualifying, conceding 1.4 goals per game. 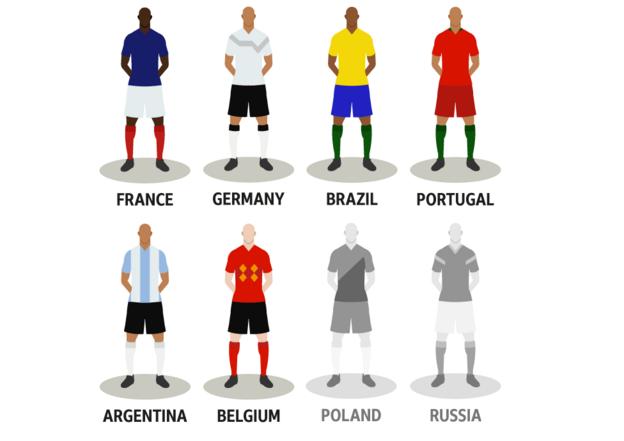 World Cup winners have only ever come from Europe and South America. Until recently, European teams did not travel well, but Spain's success in South Africa and Germany's triumph in Brazil bucked the trend.

European tournaments, though, almost always produce home winners. Of the 10 competitions to be hosted by countries from Europe, only one has been won by an outsider, and you have to go all the way back to 1958 for Brazil's win in Sweden.

Have the best goalkeeper

You might think goalscorers win World Cups, but only twice since 1982 have the champions provided the winner of the Golden Boot - Brazil's Ronaldo in 2002 and David Villa of Spain involved in a four-way tie in 2010.

World Cup winners are actually more accurately defined by their goalkeeper, with four of the past five Golden Glove awards for the best keeper in the tournament going to the number one of the team that lifts the trophy.

Of the remaining four teams, it's not hard to imagine any of Manuel Neuer (Germany), Hugo Lloris (France) or Thibaut Courtois (Belgium) being named the best goalkeeper this time around. It seems more of a stretch that Portugal's Rui Patricio will walk away with the Golden Glove. 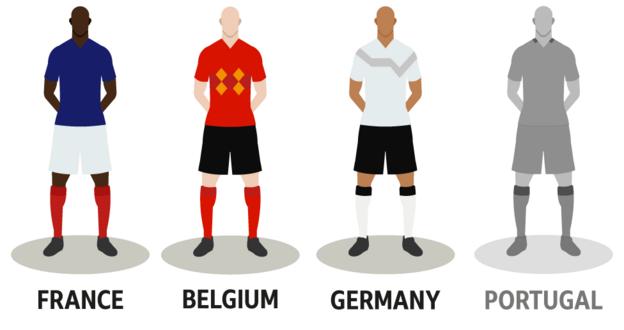 World Cup-winning squads are steadily getting more experienced, a trend that began when the finals expanded to 32 teams in 1998.

When our three remaining teams named their final squads, France's average caps was down at 24.56, while Germany's was at 43.26 and Belgium's 45.13. 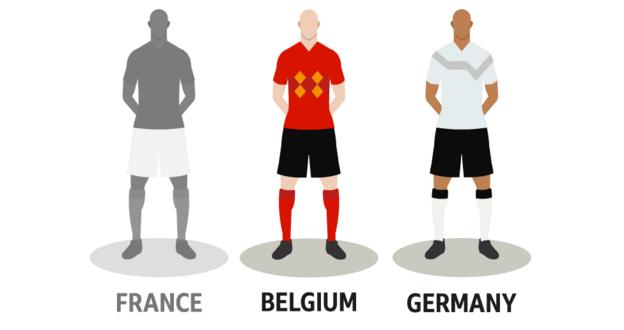 Don't be the defending champions

The World Cup is hard to defend. Not since Brazil won back-to-back tournaments in 1958 and 1962 has a team lifted the trophy twice in a row.

Germany have an excellent recent World Cup pedigree. In the past nine tournaments - including three as West Germany - they have won twice, reached three more finals and finished third on two more occasions.

However, when it comes to winning it again in Russia, history is against them.

So, there you have it. Belgium are going to win the World Cup. Unless someone else does. Which is possible.... 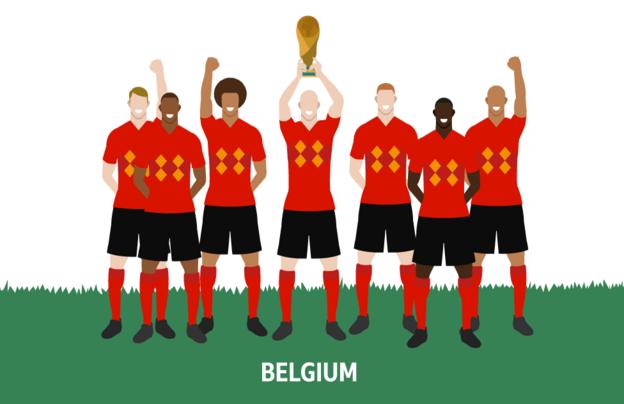