The 19-year-old has signed a four year deal, having failed to make a single senior appearance for Spurs.

He follows Jadon Sancho, Ademola Lookman and Reece Oxford who all played in the Bundesliga this season.

"We may see a little bit more of that because our players are as good as anybody in the world," England U21 boss Aidy Boothroyd told the BBC last year.

"If players get to a ceiling of development and think they can go and play more football somewhere else, it is good for them and should be part of their development. 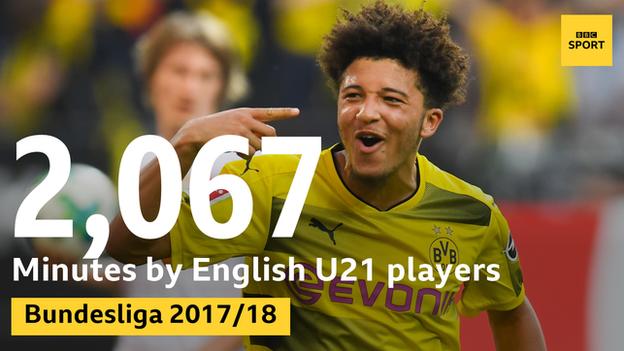 Sancho, 18, surprised many when he turned down a new deal at Manchester City to sign for Borussia Dortmund, calling the £10 million move "a dream come true."

Everton winger Ademola Lookman has impressed on loan at RB Leipzig scoring five goals in 11 appearances. with the club looking to make the move permanent.

West Ham midfielder Reece Oxford had two loan spells at Monchengladbach, while Liverpool's Ryan Kent spent the first half of this season on loan at SC Freiburg.