Celtic stand on the verge of back-to-back trebles after defeating Rangers 4-0 in the Scottish Cup semi-final.

Celtic, who lifted the League Cup in November, are one win away from retaining the title.

Rangers, who had Ross McCrorie sent off, endured a chastening afternoon at Hampden. 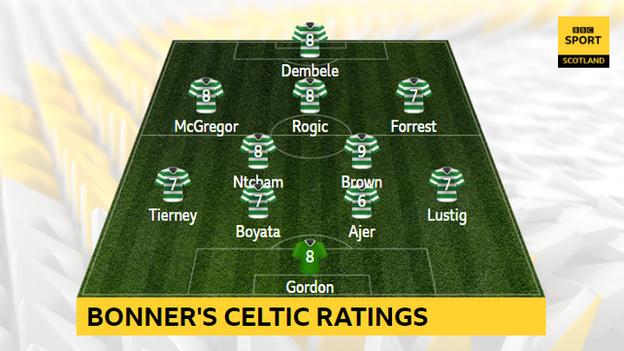 "Scott Brown absolutely dominated the game. That could be down to people not closing him down, but he just strolled through it. He had a really good game.

"Moussa Dembele turned up. He was playing in between people and the penalty finish summed up how confident he was.

"Craig Gordon had very little to do, but to pull off the saves that he did, those three second-half saves in quick succession... a great display from him.

"Tom Rogic, that goal he scored was magic. He can do that and that's what's missing when he's not playing." 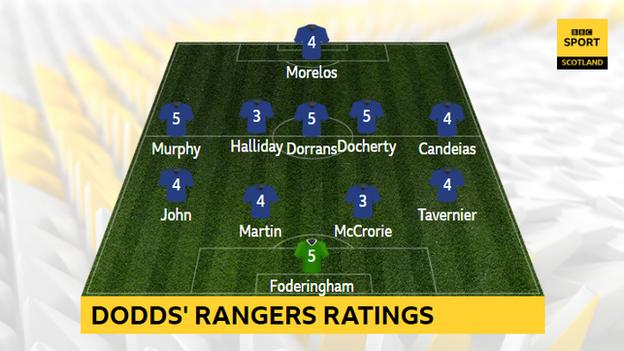 "I don't think there was one success in the Rangers team.

"The biggest battle they had to overcome was the midfield, and they were just overrun.

"Rangers actually played better when they had 10 men because they had more offensive options.

"The midfield was the biggest area of the pitch and Rangers where miles away from it."