Manchester City full-back Benjamin Mendy returned to action on Friday after nearly seven months out with a knee injury.

Mendy went on a couple of trademark bursts down the left flank before he was replaced.

It was the first time the £52m signing from Monaco had played since September.

Mendy ruptured his anterior cruciate ligament during a Premier League game against Crystal Palace on 23 September.

City have six games remaining in the Premier League and Mendy will be hoping to feature before the final fixture against Southampton on 13 May. 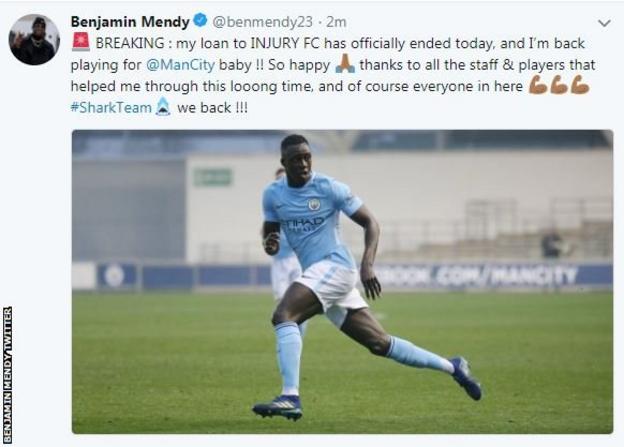