Manchester City have three players on the six-man shortlist for the Professional Footballers' Association Players' Player of the Year.

Kane, 24, is also up for the PFA Young Player of the Year award.

Among his rivals for that prize is 17-year-old Fulham left-back Ryan Sessegnon, who made his debut for England Under-21s against Ukraine last month.

To be eligible for the award, players must be 23 or under at the beginning of the season.

The winners for both awards, voted for by PFA members, will be announced at a ceremony at London's Grosvenor House on 22 April.

Chelsea midfielder N'Golo Kante won the 2016-17 player of the year award, while Tottenham's Dele Alli was voted best young player for the second season in a row. 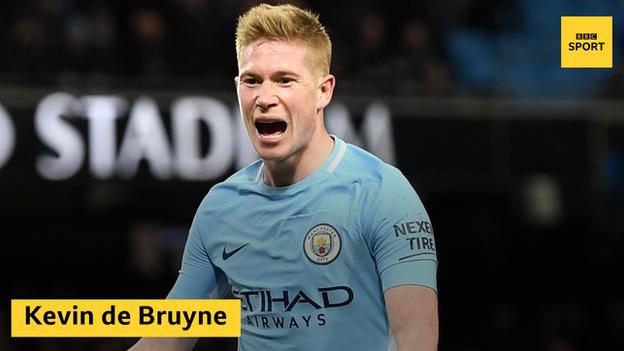 Belgium international De Bruyne has played a pivotal role in Manchester City's march towards their third Premier League title, with Pep Guardiola's side 13 points clear going into this weekend's fixtures.

His range of passing, crossing and set-piece deliveries have been a key part of City's armoury. He has provided more assists (15) and created more chances (102) than any other player in the Premier League this season and has also scored 11 goals. 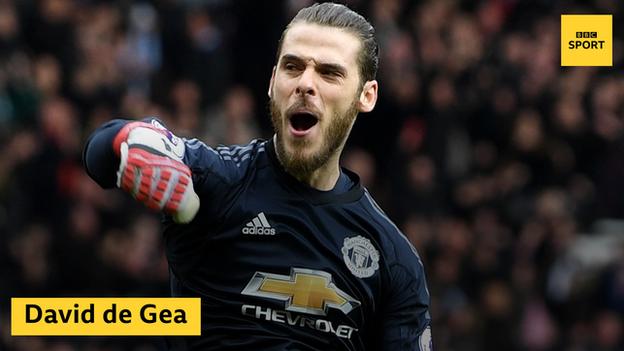 De Gea has appeared in the PFA's team of the year four times in the past five years.

And the 27-year-old Spain international has been in excellent form again this season, keeping 16 clean sheets in 32 league games - the most in the top flight.

He also has the highest save percentage, stopping 80% of shots faced, which ranks third in Europe's top five leagues (England, France, Italy, Germany and Spain). 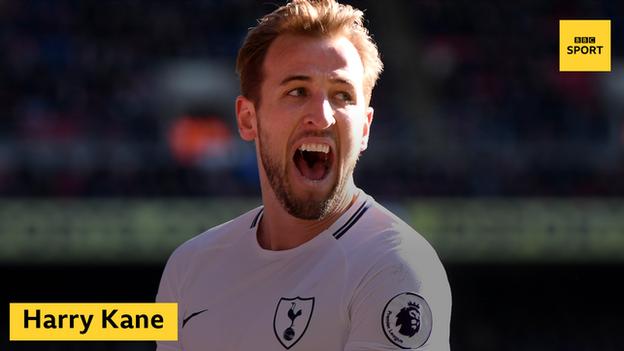 This is the fourth year in a row in which Kane has been up for both awards.

With 25 league goals so far, Kane has enjoyed another prolific campaign. He is attempting to become the first player since former Arsenal striker Thierry Henry to finish as the Premier League's top scorer for a third consecutive season, though he is four behind Salah as it stands. 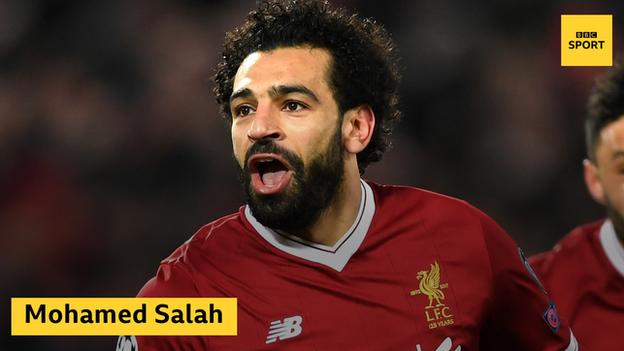 Salah has scored 29 goals in 33 league games for Jurgen Klopp's free-scoring Liverpool side.

The Egyptian is four clear of Kane in the race for the golden boot and has directly contributed to 50 goals in all competitions this season.

He also scored in both legs of Liverpool's 5-1 aggregate victory over Manchester City in the Champions League quarter-finals. 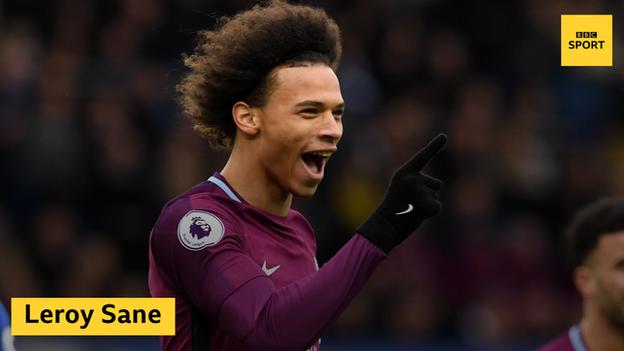 Sane is enjoying a fine second season at Etihad Stadium, having from Schalke for £46.5m in 2016.

Central to Guardiola's attacking blueprint is width, pace and elusive running. Sane has scored 13 goals and provided 16 assists in his 44 appearances for the Blues this term. 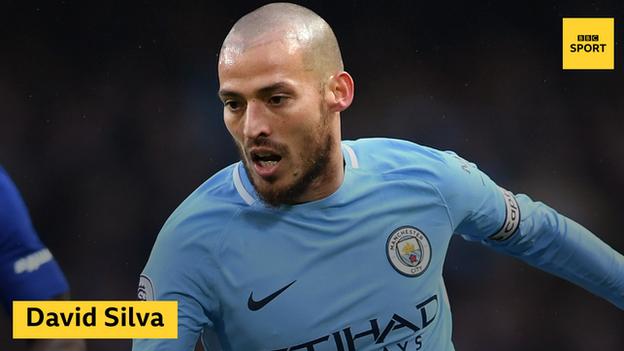 Nicknamed 'Merlin' by team-mates and supporters, Silva remains key to City's free-flowing style eight years and more than 300 appearances after joining the club from Valencia.

The 32-year-old Spain midfielder has created 14 goals to help propel City towards a fifth top-flight title and his pass completion rate of 89% is the highest of any attack-minded player in the Premier League.