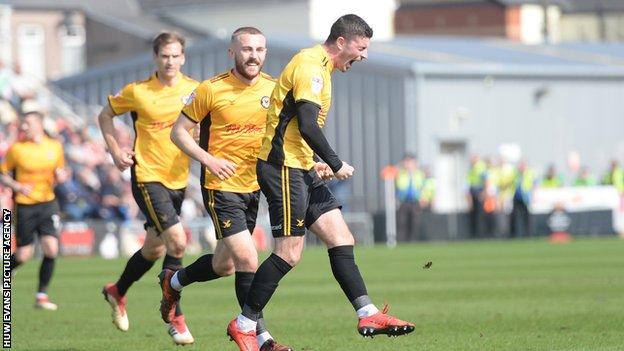 First half goals from Padraig Amond and Ben Tozer gave Swindon a mountain to climb as the Exiles dominated.

Paul Mullin pulled one back just past the hour mark after a smart cross picked him out.

The Robins could not find an equaliser and saw Rollin Menayese sent off for two bookable offences as Newport secured a first win since January.

Newport County manager Mike Flynn told BBC Sport Wales: "I thought the players were absolutely superb in the first half.

"The players did everything we have asked of them and we could have been more than two ahead at half time.

"We conceded a poor goal and did not kill the game off... but I am pleased with the performance and the result."