Manchester City's unbeaten run is over after their thrilling 4-3 defeat by Liverpool on Sunday but I certainly do not look at the Premier League leaders and think they are in trouble now.

City will be annoyed that they gave away some sloppy goals at Anfield but Liverpool's finishing had to be brilliant to punish them for that.

What the Reds showed is what can happen when City are not quite at it, and face a high-energy team who press high and take risks.

It meant that when Liverpool won the ball back, it was in dangerous areas, and in the second half they did it several times in a short space of time.

Pep Guardiola's side made mistakes that cost them goals but Liverpool deserve credit for trying to get after them the way they did, and forcing those errors.

That took a brave manager who believes that his players are capable of playing that way, but I also think Reds boss Jurgen Klopp probably watched all the other top teams fail against City after trying to be more cautious and cagey and thought he would go for it more.

Guardiola and Klopp both deserve great credit for allowing their teams to play with the freedom that they do, and it resulted in a wonderful game with so much creativity on display.

But it was Klopp who got his tactics right, and he got his reward by becoming the first Premier League manager to beat City this season.

Fitness and pace - Klopp gets his selection spot on 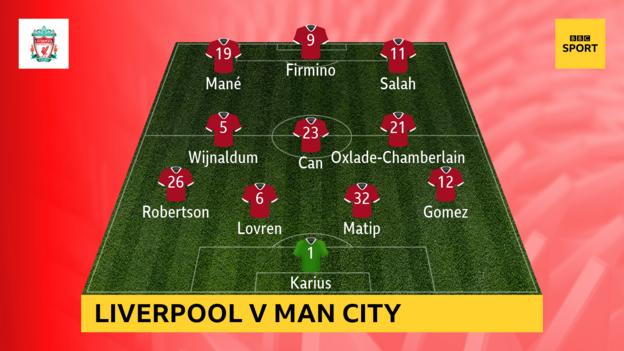 City have managed all season to play brilliant football and score lots of goals while being defensively sound too.

But that is because not many teams have been courageous enough to take them on.

Other sides have pressed City for short periods in games but Guardiola's side have just kept on playing out from the back and, eventually, they have either worn them down or the opposition have just dropped off.

City didn't change the way they played against Liverpool either, and for long periods of the first half they did it brilliantly.

This time, though, Liverpool kept on pressing incessantly and it worked. City's strength in playing out from the back became their weakness because they kept giving the ball away.

The Reds were able to do that because of the pace and energy they had in their side.

Their fitness levels were excellent - they had to be - and Klopp's team selection was another thing he got absolutely right.

He was obviously without Philippe Coutinho following his £142m sale to Barcelona but instead of putting Adam Lallana in, which he could have done, he picked Georginio Wijnaldum, Emre Can and Alex Oxlade-Chamberlain in his midfield.

Klopp knew all three of them have got good energy and that they can press too.

Basically, they could cover the yards as well as support attacks and it proved to be a really good decision because it was their pressing in midfield that often started Liverpool off on the attack.

Can other teams do it the Liverpool way?

The other reason Liverpool managed something no other Premier League side has done this season is that they were so clinical in front of goal.

For me, Liverpool's best goal was Sadio Mane's because it was from the edge of the box and with his weaker foot, but he still put it in the top corner and he looked so nonchalant and casual as he did it.

But all four of their goals were good finishes, and they had to be. Despite not being at the races, City still scored three times at Anfield and nearly got something out of the game because of their late fightback.

Not many other Premier League teams have got the energy and pace to play the way that Liverpool did, or the players to punish City when they do get chances.

But the top sides have, and I don't think they have had a go at City enough this season.

City will always play through you at times, no matter what you try, because they are that good.

But if you are athletic enough to press them, and you are also courageous enough to try, then you can get a positive result.

Manchester United have got the personnel to play that way, but they didn't when they played them at Old Trafford in December and too many other teams have been fearful of City too.

Liverpool weren't. As well as their fitness, it was quality in front of goal that helped Klopp's side get the win - but it was their belief that was behind it all. 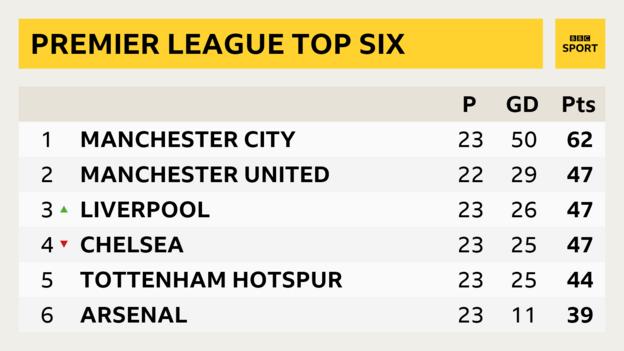