Let's be honest - everyone is partial to an Instagram post when we're watching our favourite sports team.

We earn bragging rights. Plus, it makes our timeline look better.

And now the year is drawing to a close, Instagram's top 10 sports locations in the UK have been revealed...

10. Ascot Racecourse. Known for its quality and excellence, this stunning racecourse is home to Royal Ascot - a must-do in the horse racing calendar. Our top tip to make your followers jealous? Try and snap a long-distance selfie with the Queen - if you can! 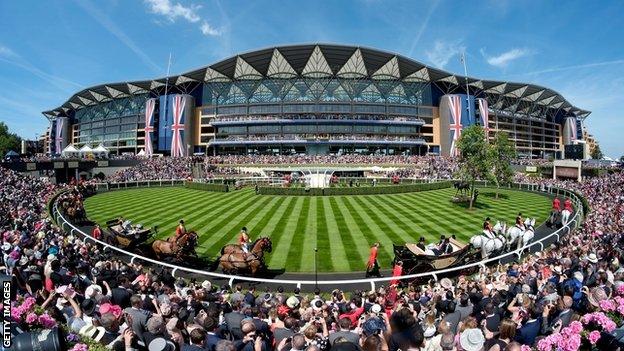 9. Etihad Stadium. Also known as The City of Manchester Stadium, the Etihad is home to Premier League leaders Manchester City and is the fourth-largest stadium in the top flight. Rumour has it self-proclaimed 'Twitter king' Benjamin Mendy is stiff competition when it comes to social media, so make the most of your IG post. 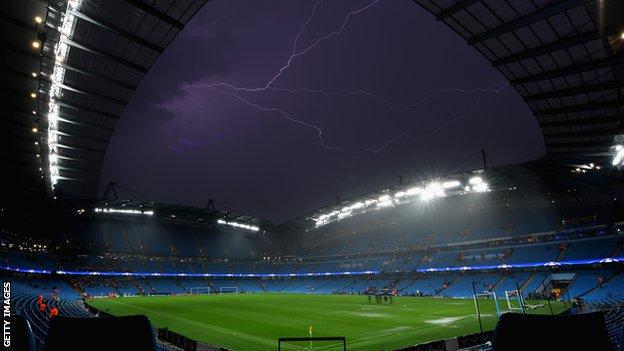 8. Principality Stadium. There's nothing better than hearing the Welsh national anthem belted out here before a big rugby game... we reckon that spectacle, added to the fact the stadium hosted this year's Champions League final, must be responsible for its inclusion. 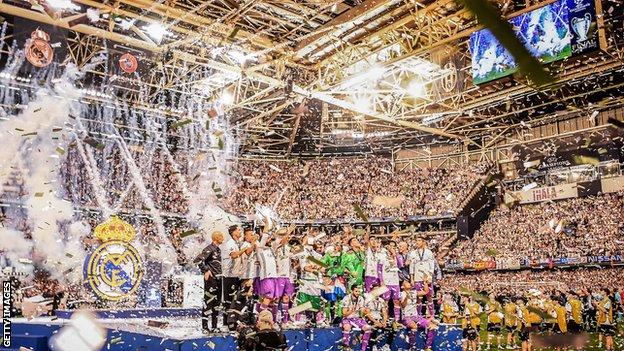 7. Wimbledon. The Championships, held every summer at the All England Lawn Tennis Club, feature plenty of Instagrammable moments. Strawberries and cream, anyone? 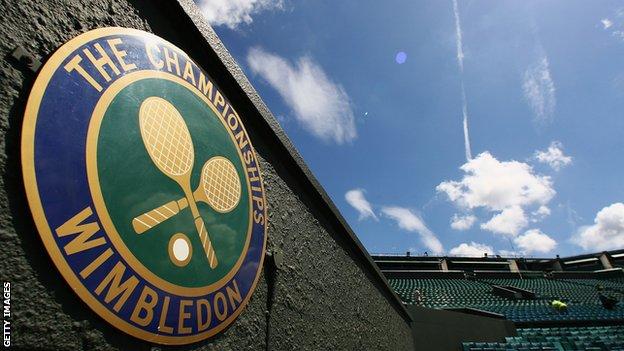 6. Twickenham Stadium. Twickenham is the largest dedicated rugby union venue in the world, holding 82,000 spectators. And if rugby doesn't tickle your fancy, how about heading down to an NFL International Series game - the stadium hosted two games this year. 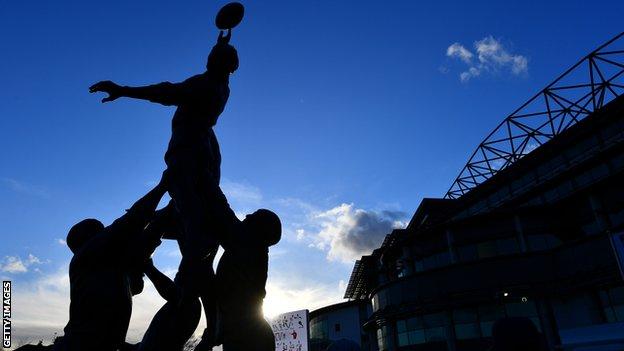 5. Stamford Bridge. The home of Premier League champions Chelsea was initially offered to nearby Fulham FC, who turned the offer down. Taken an Instagram-worthy photo of Eden Hazard during your visit to the Bridge? Has Antonio Conte been spotted diving into the crowd again? You can see the likes rolling in... 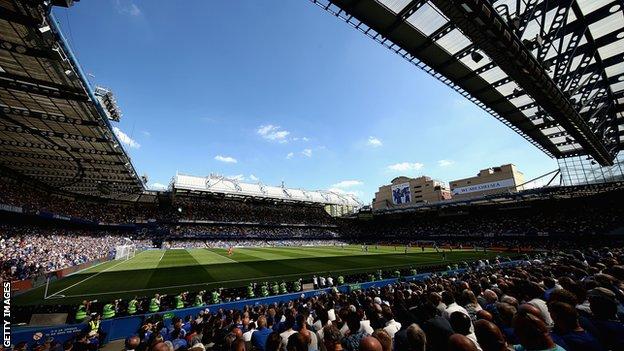 4. Queen Elizabeth Olympic Park. All shopped out after a trip to Westfield Stratford? Then head down to the Olympic Park - we promise it's worth the extra few minutes' walk. Instagrammable points of interest include the park's flagship venue the London Stadium - home to Premier League side West Ham United - or the Orbit. Snap away! 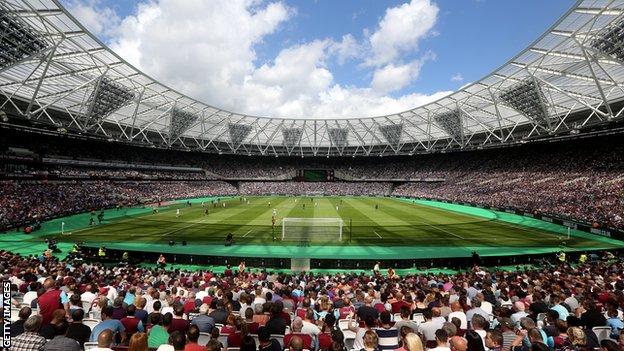 3. Emirates Stadium. Following the closure of Highbury, Arsenal's new home was opened in 2006 with a capacity of 59,867. It is the third-largest football stadium in England after Wembley Stadium and Old Trafford. Spotted a 'Wenger Out' sign? Got loads of mates who are Spurs fans? You know what to do... 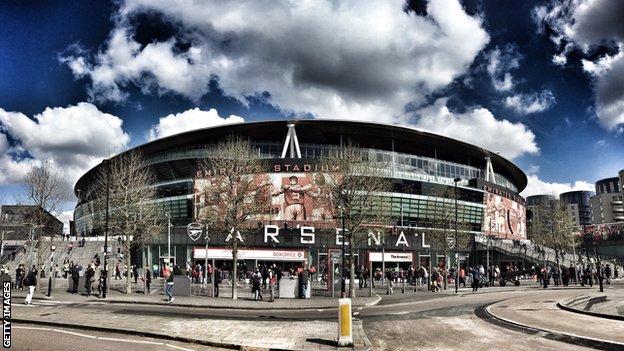 2. Old Trafford. Not only is Old Trafford the largest club football ground in the UK, but day and night, coach loads of tourists pile into the building for stadium tours. A cheeky picture inside the home dressing room? Perfect for Instagram! 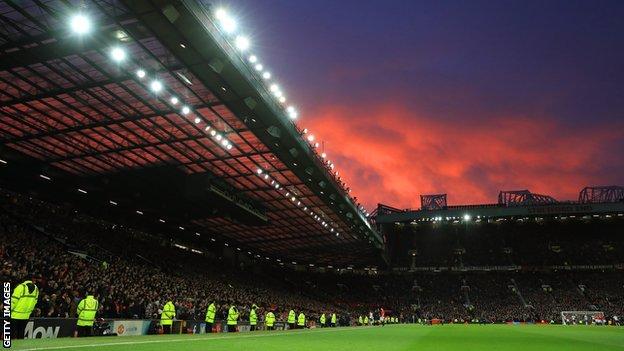 1. Wembley Stadium. With 90,000 seats, Wembley is the largest football stadium in England, the largest stadium in the UK and the second-largest stadium in Europe - beaten only by the Nou Camp, which holds 99,354 spectators. You don't even need to go into Wembley to get that iconic photo... just hop off the tube at Wembley Park, snap that arch photo, and you're sorted! 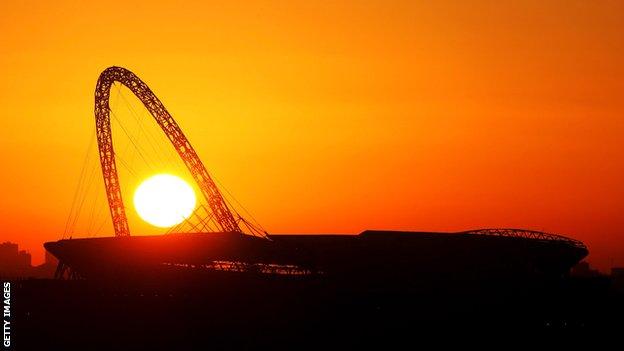