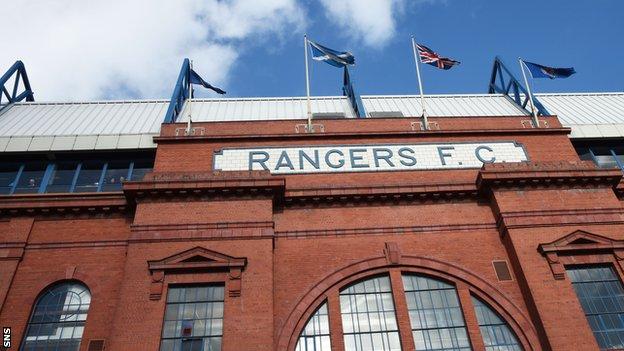 Celtic say the SFA's decision not to support a review into the Rangers EBT issue is "a failure in transparency, accountability and leadership".

The SPFL called for a review after the Supreme Court found against the Ibrox club for its use of a tax scheme between 2001 and 2010.

But in a letter to member clubs, the SFA said a review would be akin to "raking over the coals".

Celtic and the SFA have released all correspondence on the matter.

In a statement on their website on Saturday, Celtic said a review should be commissioned "to consider the events that led to the liquidation of Rangers Oldco and the governance issues arising from those events".

The club added: "This is exactly the same position as adopted by the SPFL board on behalf of all Scotland's 42 professional clubs.

"On that basis, Scottish football could learn lessons and move on. The club considers, however, that failure to carry out a full review of these events and issues, which have been without precedent in Scottish football, would represent a failure in transparency, accountability and leadership."

Aberdeen chairman Stewart Milne backed the SFA's decision not to reject an invitation to participate in the review, while Kilmarnock's majority shareholder Billy Bowie said "my thing is to look to the future and stop dwelling on the past".

In a letter to member clubs, the SFA said it received correspondence from the SPFL with "an invitation to participate in the proposed review" and that one unnamed club had also written individually to the governing body calling for the review to take place.

In letters between Celtic chief executive Peter Lawwell and SFA chief executive Stewart Regan, the governing body requested the correspondence be published and outlined the reasons behind their decision not to participate in a review, but also task the Compliance Officer with investigating the granting of a Uefa licence to Rangers in 2011.

"The board noted your request for transparency, accountability and leadership and, in this regard, seeks your permission to publish your letter and our response to it to ensure that all those with an interest in the game in Scotland are fully appraised of the background to and the reasons for the Scottish FA's position.," Regan wrote.

"Upon considering the action taken in the past six years by all football bodies, and mindful of the ongoing nature of [the Compliance Officer looking at the granting of the Uefa licence in April 2011], the Board of the Scottish FA agreed at its meeting on 10 August 2017 that a further independent review will serve no meaningful purpose and, indeed, could negatively impact upon the ongoing investigations [by the Compliance Officer].

"Furthermore, having explored the potential scope of any additional independent review in some detail, the Board was struck by the conflicting messages in the SPFL's call for 'football bodies' to convene such a review.

"I can confirm that we have just this morning received a letter on this matter from the SPFL, more than three weeks after its media briefing. The letter does not provide any greater clarity on the matter and a full response will be provided to the SPFL in due course. It follows on too from Neil Doncaster's private briefing of the Celtic Supporters Association.

"In any event, the Scottish FA Board considers that all the salient issues have been addressed. Where potentially significant new information has emerged, it is open to us to re-examine relevant determinations."