England are short of the quality required to unlock defences at next year's World Cup, says former captain Terry Butcher.

Gareth Southgate's side won 4-0 away to Malta on Friday to remain top of their qualifying group.

However, the scoreline masked a laboured display by England, with three of the goals coming late on.

"When it comes to something special, we haven't quite got that," Butcher told BBC Radio 5 live.

"We have good attacking players but we need someone in the middle of the park who can spray the passes, switch the play quickly and play at a tempo that Gareth likes.

England failed to break down Malta in the first half and some of the travelling fans expressed their frustration at the quality of football by booing the team at half-time.

Harry Kane opened the scoring in the 53rd minute but England did not add a second until five minutes before the end when Ryan Bertrand struck. Danny Welbeck and Kane then added to the scoreline in injury time.

"I understand if we don't score until late, the game feels different for everybody," said Southgate.

"But I've played in so many qualifiers and watched so many qualifiers, and I don't remember many of them being free-flowing, champagne football. It just hasn't happened, especially when there's no space to play.

"You have got to work your way into the opportunities."

Victory for England ensured they remained top of Group F and a win against Slovakia at Wembley on Monday will put them on the brink of qualifying for next year's World Cup in Russia. 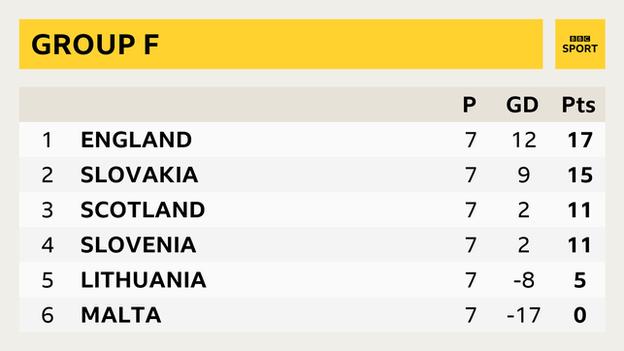