Tottenham are close to an agreement with Paris St-Germain to sign defender Serge Aurier, 24, for £23m. (L'Equipe)

Barcelona forward Lionel Messi, 30, had a role in preventing Liverpool playmaker Philippe Coutinho's move to the Nou Camp as he did not want Ivan Rakitic, 29 or Sergi Roberto, 25, used as makeweights in any deal for the 25-year-old Brazilian. (Don Balon via Liverpool Echo)

Barcelona will make a fresh attempt to sign Coutinho when club officials attend the Champions League and Europa League draws, along with their Liverpool counterparts, on Thursday. (Mundo Deportivo via Mirror)

Chelsea striker Diego Costa, 28, wants to move to Atletico Madrid - and has got the removal men in at his Surrey home. (Mail)

Sunderland are hopeful of signing Aston Villa's 31-year-old striker Ross McCormack, who is their number one target after they missed out on Max Gradel, 29. (Sunderland Echo)

Barcelona have accepted Liverpool will not sell them Brazil playmaker Philippe Coutinho, 25, this month. (Mirror)

Spain striker Diego Costa, 28, has been ordered by Atletico Madrid to make peace with Chelsea before they consider buying him for £25m. (Sun)

Manchester City are on the brink of giving up on signing West Brom and Northern Ireland defender Jonny Evans, 29, and will bid £20m for Middlesbrough centre-back Ben Gibson, 24. (Independent)

West Ham are already looking at potential successors to manager Slaven Bilic following their disappointing start to the season. (Mirror)

Manchester United are keen on Fulham teenager Ryan Sessegnon. The 17-year-old left-back has been a target for Tottenham. (Sky Sports)

Leicester boss Craig Shakespeare says the futures of Algeria winger Riyad Mahrez, 26 and England midfielder Danny Drinkwater, 27, might not be resolved until the final few days of the transfer window. (Leicester Mercury)

Southampton and Netherlands defender Virgil van Dijk, 26, has been pictured training with the club's under-23 side after handing in a transfer request. (Express)

Chelsea will only bid for Van Dijk if they get the go-ahead from Saints, who have insisted the centre-back is not for sale. (Telegraph)

Arsenal will hold talks with England international midfielder Alex Oxlade-Chamberlain this week as they look to resolve uncertainty over the 24-year-old's future. (Mail)

Liverpool manager Jurgen Klopp is yet to decide whether 20-year-old winger Ryan Kent will be sent out on loan for the season. (Liverpool Echo)

Match the animal analogy with the manager

Italy midfielder Claudio Marchisio, 31, who is a target for Chelsea, has revealed he wants to leave Serie A champions Juventus. (Gazzetta dello Sport, via Talksport)

Burnley have made an £8m offer to French Ligue 2 side Lorient for Ghana forward Abdul Majeed Waris, 25. (Burnley Express)

West Ham have ruled out England striker Andy Carroll, 28, leaving on loan but are open to the idea of a permanent transfer, with the player linked with a return to Newcastle. (Newcastle Chronicle)

Tottenham's England midfielder Dele Alli, 21, is looking to change his agent, with a view to increasing his £60,000-a-week wages. (Mail)

Brazilian midfielder Gabriel Pires, 23, has ruled out leaving Spanish club Leganes this summer, despite being repeatedly linked with a move to Newcastle. (Newcastle Chronicle) 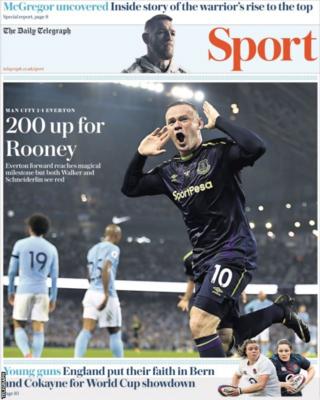 Manchester United's Anthony Martial has finally responded to a fan who tweeted him every day for 77 days. 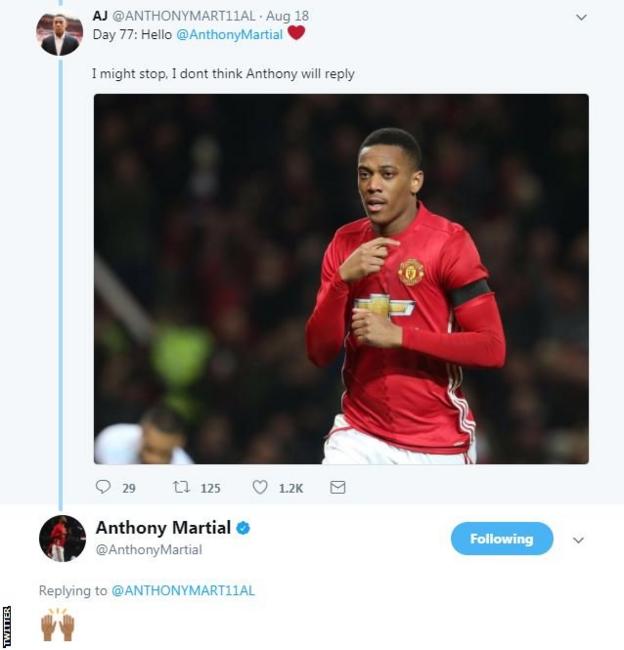 Real Madrid captain Sergio Ramos says he prefers Premier League referees to the officials in La Liga after the 31-year-old was shown his 23rd red card for Madrid against Deportivo La Coruna on Sunday. (Sky Sports)

Manchester United winger Ashley Young played just under 60 minutes of a reserve team game against Swansea on Monday after suffering a groin injury in May. 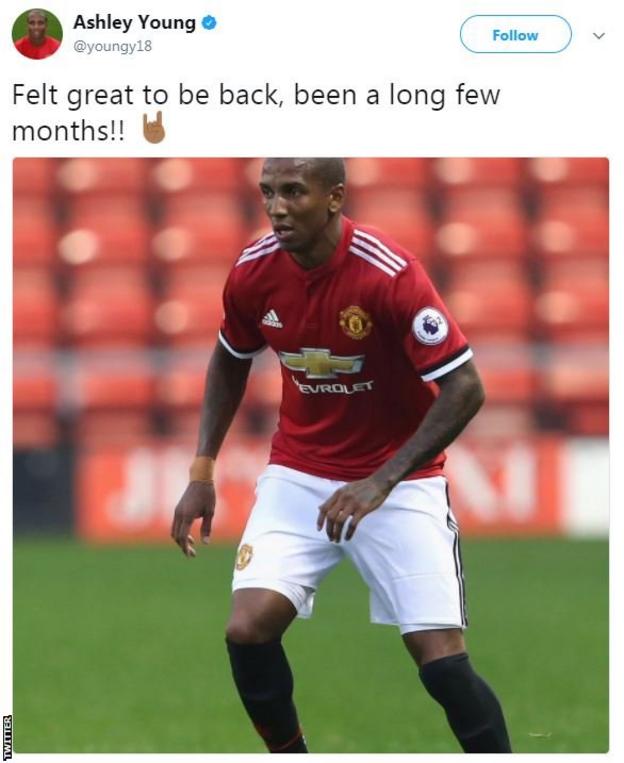 Arsenal defender Shkodran Mustafi, 25, could leave the club, with Inter Milan interested in signing the Germany international, who is valued at £35m. (Daily Star)

City officials have met Messi's representatives to discuss the possibility of a move for the 30-year-old Argentine to the Etihad. (Daily Record)

Arsenal have offered winger Alex Oxlade-Chamberlain, 24, a four-year contract worth £125,000 a week to fend off interest from Chelsea. (Daily Star)