Barcelona's latest £119m offer for Liverpool playmaker Philippe Coutinho, 25, was rejected, with the bid being made up of a guaranteed £80m and the rest for the Brazilian reaching targets, including winning multiple trophies and the Ballon d'Or. (Mirror)

Chelsea want £50m for striker Diego Costa but Atletico Madrid are only prepared to offer £30m for the 28-year-old. (Sun)

West Ham are becoming frustrated in their attempts to sign 25-year-old Portugal midfielder William Carvalho from Sporting Lisbon, with the clubs £5.5m apart in their valuations. (Telegraph)

But, if Manchester City fail to land Jonny Evans or their other defensive targets, boss Pep Guardiola says he will be happy with the players at his disposal. (Daily Express)

Chelsea are targeting 30-year-old Inter Milan and Italy winger Antonio Candreva, with the Serie A club prepared to sell for £25m. (Mirror)

Tottenham are in advanced talks to sign Argentine centre-back Juan Foyth, 19, from Estudiantes, for a fee of around £9m. (Guardian)

Burnley are set to sign 25-year-old Leeds striker Chris Wood in a £15m deal after their first offer was rejected. (Mirror)

Leicester City defender Yohan Benalouane, 30, has been offered a three-year deal by Turkish side Osmanlispor. (L'Equipe via Leicester Mercury)

Newcastle manager Rafael Benitez has suggested the transfer ambitions of club owner Mike Ashley are now less ambitious than they were when the pair met in May. (Guardian)

Everton midfielder Gylfi Sigurdsson, 27, says he has no regrets over his conduct during his protracted £40m move from Swansea to Goodison Park. (Times - subscription required) 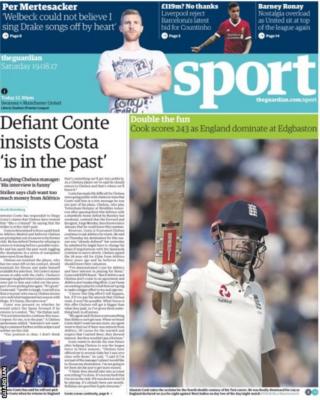 The Guardian sport section on Saturday

Barcelona will pay tribute to the victims of the attacks in Spain's Catalonia region with a special shirt in Sunday's La Liga opener against Real Betis. (FC Barcelona)

Liverpool winger Sadio Mane has revealed he had one week off over the summer... and he took a doctor with him. (Daily Mail)

Bayern Munich boss Carlo Ancelotti has been told by sporting director Hasan Salihamidziche he can no longer smoke inside the club's training complex. (Daily Mail) 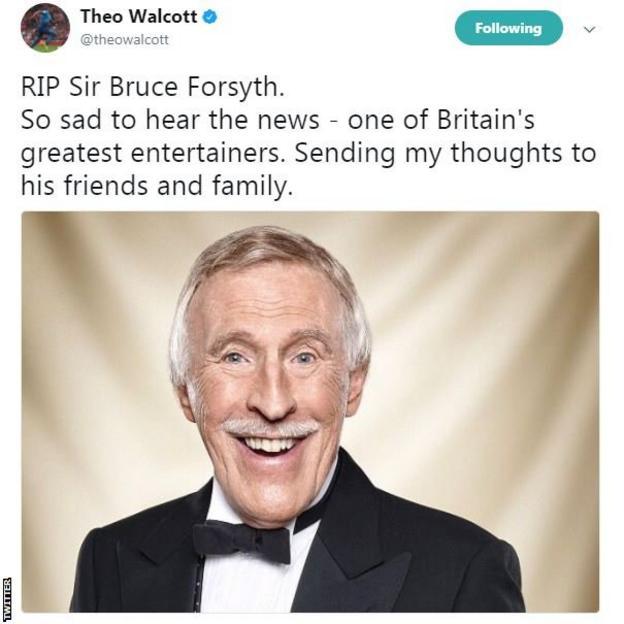 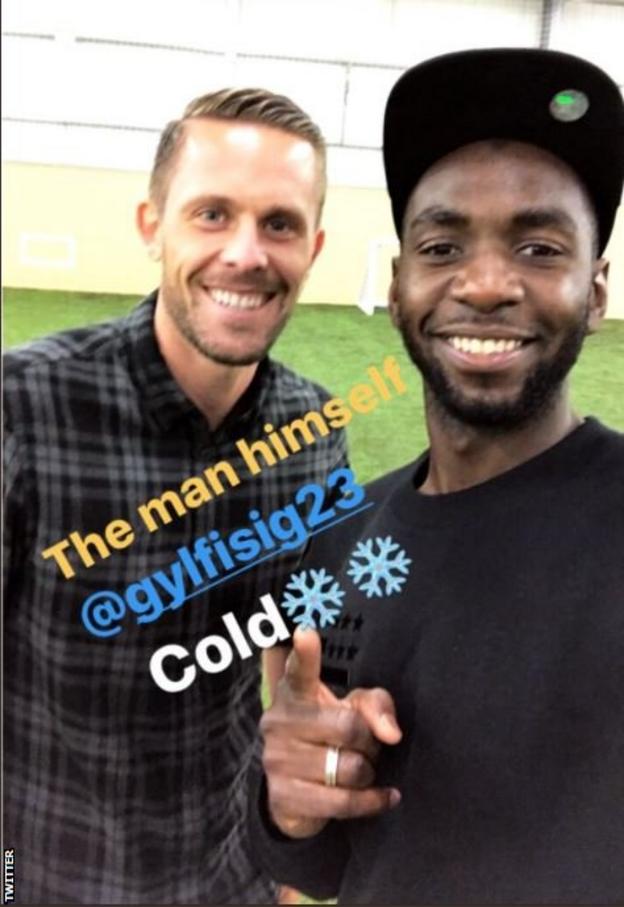 Chelsea striker Diego Costa, 28, says he will not return to Stamford Bridge and intends to rejoin Atletico Madrid. (Telegraph)