Did you see Burnley's win at Chelsea coming? What about Watford's draw with Liverpool? Here is your chance to predict the next round of Premier League fixtures - including any more upsets.

The Blues are back in action, of course, and BBC Sport's football expert Mark Lawrenson thinks there could be more trouble ahead for Antonio Conte's defending champions when they take on London rivals Tottenham on Sunday.

"This is Spurs' first Premier League game at Wembley," Lawrenson said. "But it will not be quite the test for them that people were expecting when the fixtures came out."

What do you think will happen? You can make your own predictions now - take on Lawro and other fans, create your own league and try to make it to the top of the table by playing the new-look BBC Sport Predictor game. 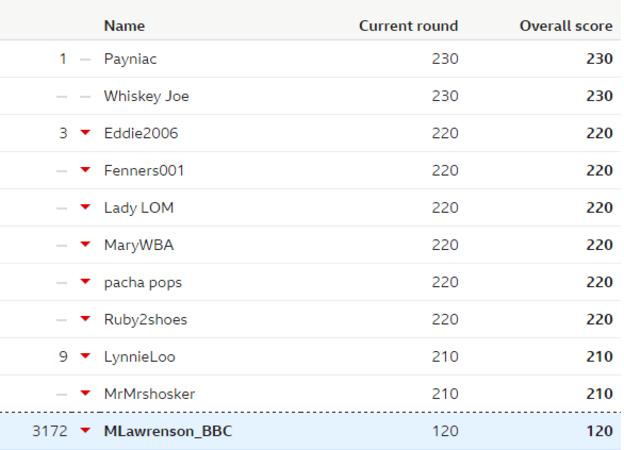 Remember, though, it's a marathon not a sprint - and he will be making a prediction for all 380 games this season, against a variety of guests.

Poulter is an Arsenal fan and went to the 2014 and 2015 FA Cup finals. He will be making his predictions about how the Gunners will get on against Stoke, and the rest of the weekend fixtures, on Friday.

"Stoke have historically been a bit of a bogey team for us and we have occasionally been bullied a little bit by them - but I can see Olivier Giroud coming on and saving us in the last 10 minutes," Poulter told BBC Sport.

"Actually, you know what? I don't think we are going to win it in typical fashion like that - instead I am going to go for a commanding 3-1."

You can hear Poulter's tales of following the Gunners to Wembley on Football Focus at 12:00 BST on Saturday on BBC One and the BBC Sport website.

Remember you can try to beat Lawro yourself by playing the BBC Sport Predictor game.

All kick-offs 15:00 BST unless otherwise stated.

Everton have made another good signing by getting Sigurdsson from Swansea. They have now brought in almost everything they need, apart from a centre-forward.

The Toffees got a point at Etihad Stadium last season with a classic counter-attacking display - defending in numbers and attacking on the break through Romelu Lukaku, who got their goal in exactly that fashion.

I'm sure Ronald Koeman will try the same tactic this time, but without Lukaku they pose a lot less of a threat.

Manchester City had to be patient when they faced similar tactics at Brighton on Saturday, and I think this will be the same because Everton are not going to come and attack City.

It might take time, but City will find a way through eventually.

On the opening weekend of the new Premier League season, Lawro got six correct results, including two perfect scores, from 10 matches, for a total of 120 points.

He beat both BBC athletics commentators Steve Cram and Brendan Foster, who scored 50 and 70 points respectively.

Cram got five results correct with no perfect scores, while Foster got four results right but with one perfect score. His score counts towards the guests' total for the season.