Huddersfield striker Steve Mounie says he will "take a picture of the Premier League table" after his two debut goals helped the Terriers to a historic opening day win at Crystal Palace.

Huddersfield were playing in their first top-flight game since 1972 after winning promotion from the Championship via the play-offs last season.

A Joel Ward own goal put them ahead before Mounie struck twice.

"A start like this is amazing," said the Benin international.

"We worked all day during pre-season, we worked hard and the coach gave a us a lot of advice. The consequences of our work has shown.

"It is crazy, I will take a picture of the table." 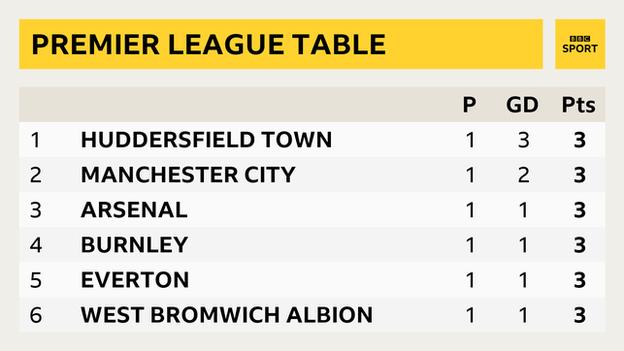 Mounie scored 11 goals for Montpellier in France's Ligue 1 last season before joining the Terriers for a club-record £12m in the summer.

The 22-year-old, one of eight new arrivals at the West Yorkshire club, was brought in to improve Huddersfield's goal-scoring record after they got promoted with a negative goal difference last season.

"He missed his easy chance," joked Huddersfield boss David Wagner after the game.

"It was a great day for Steve Mounie; perfect if you come new into the Premier League."

It was far from the perfect Premier League debut for Crystal Palace manager Frank de Boer.

The former Netherlands international was appointed in the summer with a desire to develop a possession-based style of football at the club.

However, the Eagles found this difficult to implement against a side that rarely gave them time on the ball and De Boer conceded Huddersfield were deserved victors.

"Huddersfield did a fantastic job and the compliments go to them," he said.

"We were not pressing up top and they were allowed to get crosses too. We did not make the right choices and got punished." 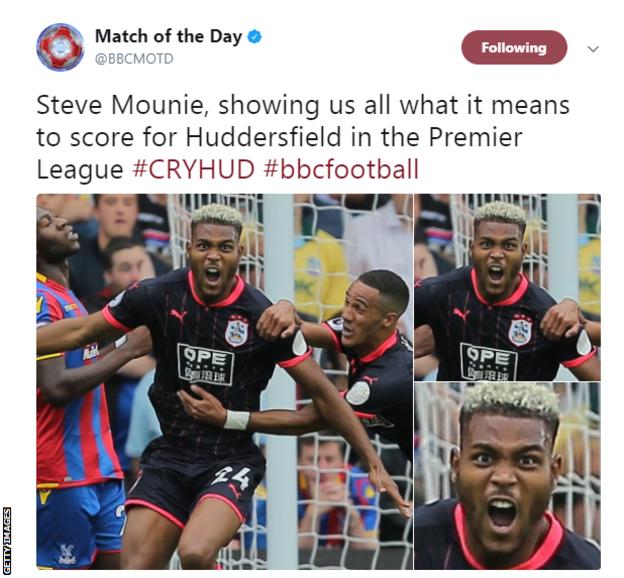