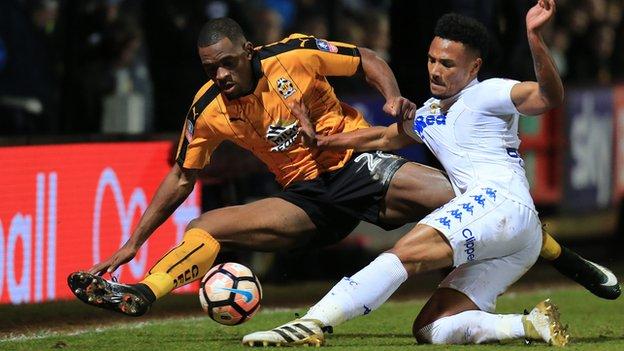 The 21-year-old has played three times for Leeds, scoring the winner on his debut against Luton Town in the EFL Cup last season.

Leeds, who have signed Manchester United left-back Cameron Borthwick-Jackson on a season-long loan, have the option to recall Denton in January.