Nottingham Forest's final-day escape from relegation from the Championship is the perfect motivation for the new season, says manager Mark Warburton.

The Reds stayed up on goal difference with a 3-0 win over Ipswich Town.

Warburton, who was appointed in March, has been backed in the transfer market by new owner Evangelos Marinakis, with six new faces arriving over the summer.

"That sensation from the last game of the season, we must never feel again," Warburton told BBC Radio Nottingham.

"I have said that before and will say it again - we must always use that feeling as a motivating force to move the club forward."

Warburton said he is "very confident" Forest would not endure another relegation battle this season. 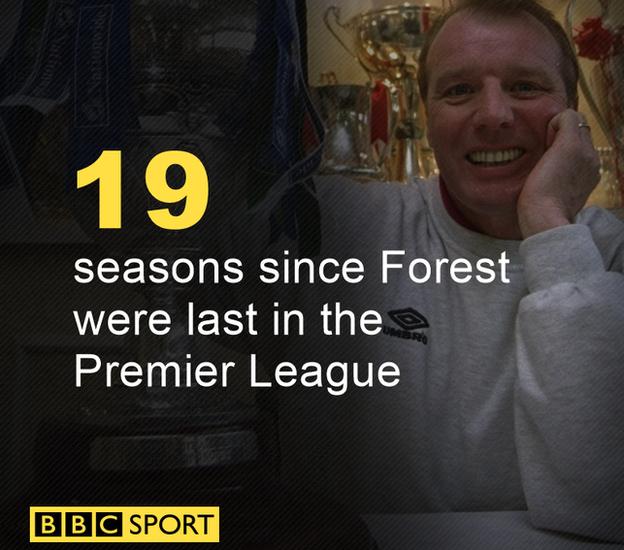 "We are in a good position and comfortable with the squad," he added.

"Their attitude is outstanding and they are hungry for success. They know how close they came to relegation last season.

"I have absolute belief in the players in their desire and quality. Let's see how we go but we are looking forward to a strong season.

"It's a fantastic division with huge clubs, but Forest are a huge club as well and we know where we need to get the club back to."