Manager Gary Rowett says he has been "surprised" by the unity in the Derby County dressing room since joining.

Rowett, whose side face Sunderland in their Championship opener on Friday, was appointed as Rams boss in March.

The club's fourth manager of the season brought stability with a run of four wins and three draws from nine games.

"I was expecting from some of the stories I have heard that the players and the dressing room was difficult," Rowett told BBC Derby Sport.

"But I have not found that at all. We have judged that since we have come in, I have not had any issues and it has surprised me.

"You can only judge players on how they interact with you and how they respond to you and your methods and the staff's methods." 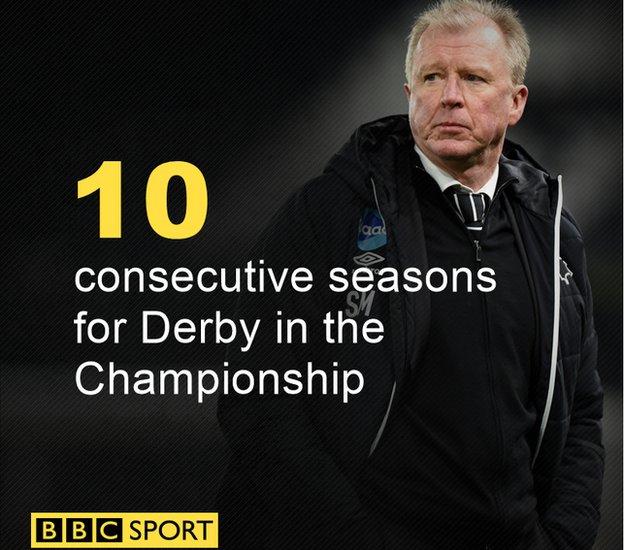 Nigel Pearson started last season as manager, with Chris Powell briefly in charge before Steve McClaren took over, but former England boss was sacked by the Rams for a second time.

Rowett arrived as the club's third full-time manager in March this year.

Derby have made three signings in the close season, with defender Andre Wisdom joining for £3m from Liverpool and Curtis Davies signing from Hull City for an undisclosed fee.

The Rams have sold Will Hughes to Watford, Tom Ince to Huddersfield and Cyrus Christie to Middlesbrough, while Abdoul Camara left on a free transfer.

Rowett was eager to reduce the size of the squad and still hopes to make signings before the transfer window closes at the end of the month. But he says promotion must be the aim whatever happens on the transfer front.

"Our target is promotion," Rowett said. "It has to be for a team like Derby County.

"But we also have to be mindful that there will be a lot of teams in this division whose target is also promotion.

"We are trying to create a real humility and togetherness in the group and a real work ethic - and promotion is achievable. When you look at our group I believe it is as a strong as any other.

"You look at some of the players we have got that would cost a lot of money. We certainly can't use the excuse that the team is not good enough."