England won the European Under-19 Championship with a 2-1 victory over Portugal in the final in Georgia.

Keith Downing's side played with 10 men for the final nine minutes after Fulham's Tayo Edun was sent off for a second yellow card.

It is the third title for England's youth teams in two months after England won the Under-20 World Cup and the Toulon Tournament in June.

England were also semi-finalists at the European Under-21 Championship in Poland last month, losing on penalties to Germany.

The Under-19s reached the final having topped their group before beating the Czech Republic and Germany in the knockout stages.

Downing praised his side for their character against a "lot of pressure" from Portugal.

"These boys are a talented youngsters. There are six under the age of 18 but they showed their resilience as well as quality," he said.

Captain Jay Dasilva said the win "capped off a great summer for the England youth teams".

"Hopefully this is something we can build on and keep getting better and better," he added.

"What we need to do now is sustain this success and continue working through all the age groups.

"It's been a big year for us and we will enjoy it but there is continued work."

Who are the team? 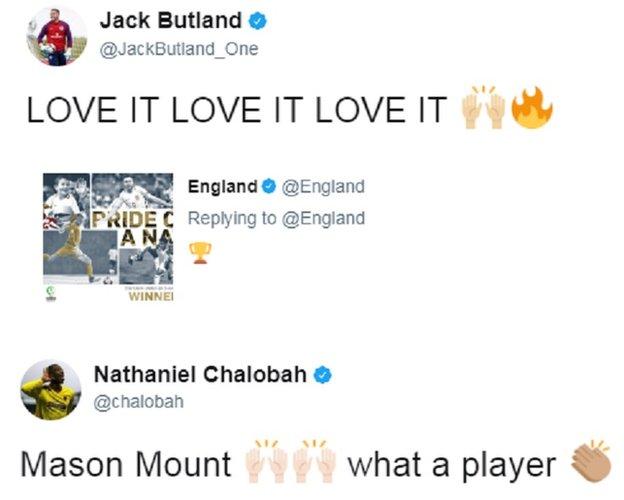