It's a quiz question that could leave even the most knowledgeable sports fan scratching their head.

Can you name the non-league manager who played in the same team as Pele and Franz Beckenbauer?

The answer? Steve Hunt, who during three seasons with the iconic New York Cosmos also shared a dressing room with Dutch great Johan Cruyff, and got into a training-ground fight with former Italy striker Giorgio Chinaglia.

Forty years on, and a world away from the Big Apple, the recently appointed manager of ninth-tier Cowes Sports will look to mastermind an FA Cup extra preliminary round win at Bracknell Town on Saturday (14:00 BST).

"Playing for New York Cosmos was like travelling in a rock and roll band," the 61-year-old, who was born in Birmingham, told BBC Sport. "There were always celebrities in the dressing room after games. I've always been into my music and Mick Jagger came in after one particular game.

So how did a £125-a-week 20-year-old with only a handful of top-flight appearances for Aston Villa land a place in a team of World Cup winners in the North American Soccer League in 1977-78?

The Cosmos were looking for a left winger and Hunt, regarded as a player with a big future, fitted the bill.

"It was a choice of playing at Preston on a damp November night or going to Bermuda to link up with my new team-mates for pre-season training," he said.

"Cosmos doubled my wages but I didn't go for the money. Pele, who was in his last season as a player, was there and they said they were getting Beckenbauer. These stars were coming to the end of their careers, I was just starting mine." 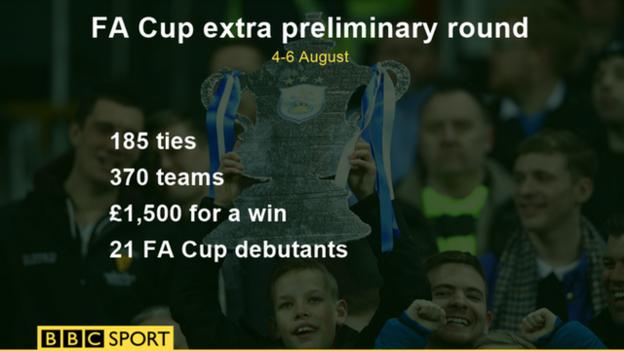 Hunt's time in New York was not without incident.

As well as clashing with former Lazio player Chinaglia, he also swore at three-time World Cup winner Pele during a match.

"Pele was annoyed I hadn't passed to him and said something in Spanish," Hunt recalled. "I responded by flashing two fingers in his direction. Immediately my number went up on the board. They were not impressed and I was subbed.

"I was in the company of great players and I had to grow up very quickly."

Hunt, whose career also included spells at Coventry City and West Brom, went on to play two games for England under Bobby Robson, making his international debut alongside Gary Lineker against Scotland in 1984.

"It was in front of 73,000 at Hampden Park and I think there were 50 England fans in the crowd. It was a real baptism of fire," added Hunt.

"Soon afterwards I was on the tour to Brazil, Uruguay and Chile. I was on the bench at the Maracana when John Barnes scored his first England goal.

"If you look at the bench, everyone was jumping up and down except me because I knew I would not get in the team again! Seriously, though, it was a magical moment."

Since retiring from playing in 1987 because of a knee injury, Hunt has gone on to manage and coach non-league Willenhall Town, Hinckley and VS Rugby.

He also had spells coaching Port Vale and Leicester City's youth teams before moving to the Isle of Wight and landing a role with Bournemouth's Community Sports Trust.

Hunt was appointed manager of Cowes Sports, who play in the Wessex Premier League, in April.

The Yachtsmen play in front of an average gate of about 100, and former players include ex-Premier League midfielder Jamie Lawrence and Cowes-born ex-Manchester City and Portsmouth forward Lee Bradbury.

"I don't get paid. I'm doing it because I still love the game and want to contribute," added Hunt.

"The prize money on offer for a club like ours at this stage of the FA Cup means two or three wins could fund seasons."

The extra preliminary round features 370 teams who will have to win six games if they are to advance to the first round in November.

Winning clubs at this stage will receive £1,500 each, while one match per round through qualifying will be streamed on the BBC Sport.

The all-Merseyside tie between Litherland REMYCA and AFC Liverpool (12:30 BST) will be live on Saturday on the BBC Sport website.