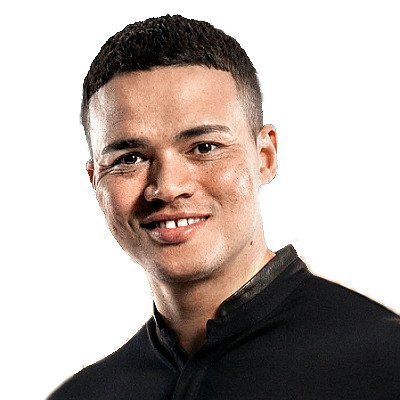 The only thing that worries me about next season for Tottenham is that they will be playing their home games at Wembley.

If Spurs were staying at White Hart Lane then I would be thinking they can go on and win the Premier League, but Wembley is a genuine issue for them.

Premier League rules do not allow them to change the pitch size to make it the same as at the Lane, where they have been in such brilliant form this season on a pitch that is 440 square metres smaller than the one they will play on at Wembley.

When I played at Wembley for England, I always noticed the difference with a bigger pitch - the game is slower and you get more time on the ball, and it also seemed to take longer for play to shift from one end to the other.

So you cannot easily play the game that Spurs like to play that makes them the team that they are at White Hart Lane - that likes to get in teams' faces, press them and win the ball back high up the pitch.

Spurs struggled when they played at Wembley in Europe this season, only winning one out of four matches, and hopefully there are ideas in place to improve things there off the pitch because it is going to be difficult for the supporters too.

There are fans who have had the same seats at White Hart Lane for years and are used to seeing the same faces around them every week, but they will have to create an atmosphere in totally different surroundings at Wembley.

I am confident that will be easy to do when they move into their new stadium in 2018 because they can start building the memories that will make it feel like home, but being at Wembley for a year will be a lot harder to deal with.

Why Spurs have to pay their players what they deserve

The other big question mark is whether Tottenham can keep this team together.

There are certain sides across Europe at the moment that look susceptible if clubs try to sign their players, and Spurs are one of them.

Along with Borussia Dortmund and Monaco, they have got plenty of players in their squad that the big boys will be looking to cherry pick from.

Spurs chairman Daniel Levy is no pushover and there is no way he will let anyone leave cheaply, but my concern is not that there is going to be a fire sale.

I am more worried about the mentality of the players being affected if they are not being paid what they deserve, and deciding they want to move on.

We are not talking about kids anymore. Yes, some of them are still young but they are European stars now.

Tottenham are now a Champions League team, two years on the spin. This season was probably the hardest year ever to finish in the top four and they did it comfortably.

For the club to keep on progressing, they need to keep their players happy. When I spoke on Radio 5 live recently about them deserving 100% more than they are getting paid right now, that is not because they are greedy, it is down to their self-worth.

When I go through the Tottenham team, some of them are already good enough to play for Barcelona or Real Madrid, so you have to start treating them like players of that calibre, or you will lose them.

When people talk about Spurs players they don't seem to see them in the same light but you will see what they are worth in the summer when bids start coming in for them.

If any of them do leave, I doubt it will be for less than £40m but they are not getting paid like £40m players at the moment, so there is something wrong.

The top end of the team is where Spurs can improve

After finishing third in the Premier League in 2015-16 and runners-up this season, the next challenge for Spurs now is to win the title, as well as making an impact in the Champions League.

To do that, they have to do more than keep their current squad together - they need to invest in it, and strengthen. I think they know that is probably what has cost them this season.

When I look at Tottenham's back five and the two midfielders who sit in front of the defence as part of their strongest line-up, then I don't see it getting much better than that.

Marcelo and Sergio Ramos are absolutely brilliant for Real Madrid, but they are individuals.

Juventus probably have the best defensive unit in Europe but, other than that, I don't see anything better than what Spurs have got.

The attacking part of their team is the area where Tottenham can improve, and I would bring in two more forwards to play behind Harry Kane.

The likes of Everton's Ross Barkley and Leicester's Riyad Mahrez have been mentioned, but I like Monaco's Thomas Lemar who is a very good player and definitely fits the mould.

Spurs need quality and quantity in those positions so they can rotate if they have to without it affecting the team because I don't think Moussa Sissoko and Georges-Kevin N'Koudou, who both arrived last summer, have been the answer at all.

They also need a striker that is going to push Kane harder than Vincent Janssen has done this season.

Harry is the star, so they don't need another big name. What they need is someone to back him up.

There has been talk of them being in for Joshua King, who has had a brilliant season for Bournemouth, and I think he would be perfect. He would definitely add a lot more than Janssen, who has sometimes not even played when Kane is injured.

King has got a lot of developing to do but that would not be a problem because I think Mauricio Pochettino likes players that he can work on.

Pochettino is still building at Spurs

When I speak to the Spurs players, you can tell they genuinely love playing for Pochettino, and they are looking forward to the next couple of years - probably more than I expected them to.

He makes them feel as though they are improving by playing under him, which might give them a chance of keeping some of them even if the club's wage structure doesn't change.

Pochettino said after Sunday's win over United that he was proud of what his side have achieved this season and he is right to feel that way because they have been phenomenal. They are probably a year ahead of where he thought they would be.

It is going to get harder for them because Pep Guardiola and Jose Mourinho will both be stronger in their second seasons at Manchester City and United, but Pochettino is still building and he is getting better and better too.

The way he talks, he is looking forward to moving into the new stadium which is a positive sign and, in his mind, everything is going in the right direction in terms of the club and the players in his squad.

I think the minute that starts to shift is when you start to worry about whether Pochettino will stay at the club but right now he seems very happy.

His Spurs side have challenged for the title in back-to-back seasons but they need to win something to be remembered as a great team. It is a shame they haven't so far, but I believe they will.