Premier League title rivals Chelsea and Tottenham should kick off their last three matches of the season at the same time, says Blues boss Antonio Conte.

But Conte wants his side and Spurs to start the last three matches at the same time.

"Try and keep it the same hour, the same days to rest," said the Italian. 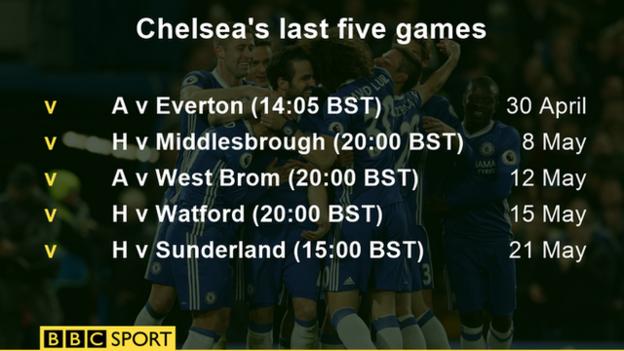 Chelsea start this weekend four points clear at the top with five games to go.

After Sunday, the only time the top two play on the same day is on 21 May, the final day of the season, when Chelsea host bottom club Sunderland and Tottenham visit struggling Hull City (both 15:00 BST)

Conte added: "When you arrive at the last three games, when you see there are two or three teams very close to fight for the title, you have to find a solution not to give advantage for one team or another.

"Try and keep it the same hour, the same days to rest." 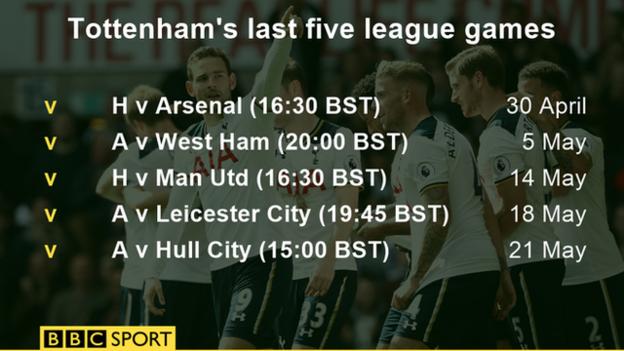