Boro are second from bottom with four matches left to play, and are six points behind 17th-placed Hull.

"We've got that one over the line," Gibson told BBC Tees. "Why can't we beat Manchester City this weekend?"

Middlesbrough ended a 16-match winless run in the league with the success at the Riverside Stadium.

"We got that win, we're confident, even if people think we're down or won't win, whatever. We'll keep doing what we do, believing and fighting," Gibson added.

"That result will give us that lift to go and do that even more. We beat Sunderland, it's only one win, but for us it's absolutely huge." 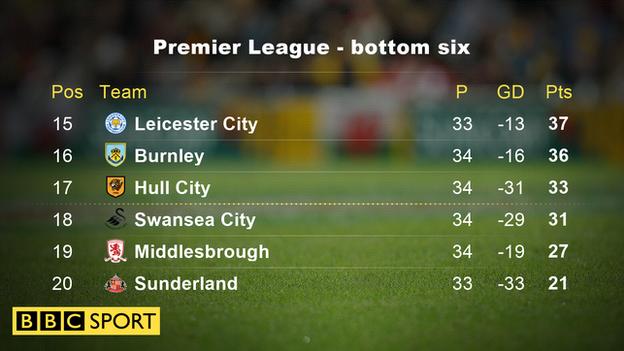 Before Wednesday's victory, Boro had accrued just six points from those 16 games without a victory and had not won in the calendar year of 2017.

They need results from home games against Manchester City and Southampton, plus two away trips to Chelsea and Liverpool in their final quartet of matches.

"It's been an awful experience, it's been the most testing time of my career," Gibson said.

"The season hadn't gone the way we wanted but this was a big win - the derby is a massive game in isolation, absolutely huge."