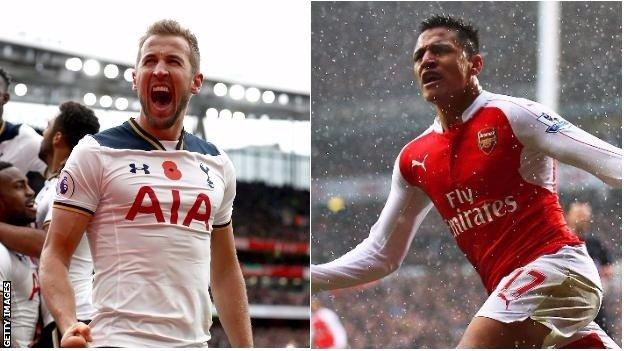 Tottenham can end 22 years of Arsenal supremacy in this weekend's north London derby - but how many Spurs players would get in your combined team?

The last time Spurs finished higher than the Gunners was in the 1994-95 season.

That could change if Mauricio Pochettino's side beat the Gunners on Sunday (16:30 BST).

So, would more Spurs or Arsenal players make your starting XI?

Select your combined team and then share your XI on social media.