I was not surprised to see Jose Mourinho get his tactics spot on for Manchester United's 2-0 win over Chelsea, but he did not do it the way I expected.

Mourinho has masterminded plenty of wins in big games down the years, but he usually does it with a defensive approach and by setting up with a team that, first and foremost, is very difficult to break down.

On Sunday, he flipped that model on its head. United played with two up front and with wing-backs who were high up the pitch - they were on the front foot and went at Chelsea from the start.

It meant United produced a brilliant attacking display as well as a convincing defensive one that was tactically aware of the different threats that Chelsea posed.

Man Utd did not give Chelsea an inch of space

Mourinho asked Ander Herrera to man-mark Eden Hazard and he did it brilliantly, but United's game-plan went much further than that.

They did not give Chelsea an inch of space anywhere on the pitch and did not allow them to get into any type of rhythm.

It started from the front, where Marcus Rashford and Jesse Lingard never stopped pestering the Blues defence, and Paul Pogba, Marouane Fellaini and Herrera seemed to win every meaningful battle in midfield.

When the ball did reach Blues striker Diego Costa, he always seemed to end up on the floor because Eric Bailly and Marcos Rojo put him under so much pressure.

The Blues are unable to adapt

United started the game so well and at such a high tempo that it seemed to take the wind out of Chelsea's sails.

I've played in games like that where I was surprised at the way the opposition were set up or they came at us quicker than expected but, usually, it takes about 15 minutes to figure it out.

In that time you think 'well, we are all over the place at the moment but let's hang in here and we will get our rhythm back'. Eventually you can take control of the situation, even if you do go a goal down.

United just did not allow that to happen, because they were constantly in Chelsea's faces.

Stopping Hazard was only part of that. Yes, he slipped through the net a couple of times when United tried to man-mark him when they lost in the FA Cup at Stamford Bridge in March.

This time he did not get any joy at all, but Chelsea's problems at Old Trafford this time were not just because Herrera did a much better job than Phil Jones managed in that match.

Could Fabregas have made a difference?

When N'Golo Kante and Nemanja Matic play together in the Blues midfield, as they did against United, I think there is a genuine issue with their attacking play.

Defenders know that if Kante and Matic are playing, the ball is not going over the top. Costa does not make the runs for starters, which tells you everything.

They are both phenomenal midfielders but they are not going to deliver that sort of pass - there is a reason why Chelsea look far more dangerous when Cesc Fabregas is in the team. 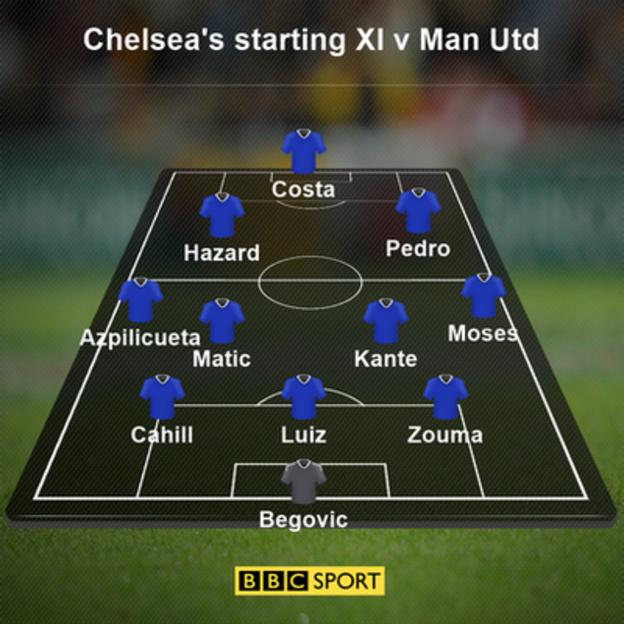 Fabregas came on in the last 10 minutes at Old Trafford, when Chelsea were crying out for him in the first half as they were very predictable in possession.

When Chelsea tried to find Costa, their passes seemed to be too slow and too obvious. He kept having to come short, with Rojo or Bailly staying close to him and knowing exactly what he was going to do.

There was no variation in their play and, crucially, they did not get the basics right either, which is very unlike them.

United seemed to win every knockdown, tackle, or second ball in midfield, all of which helped them keep all the momentum.

They ran out deserved winners and kept alive their hopes of a top-four finish.

Herrera - a Mourinho player for life 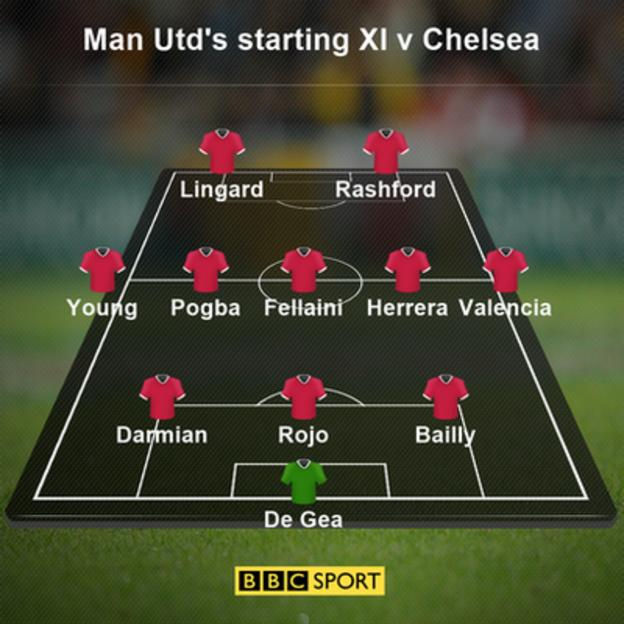 In my eyes, Herrera's performance was so good it made him a Mourinho player for life.

Mourinho now knows that if he needs someone to do a man-marking job - something ugly - he has the type of player who is clever and disciplined enough, and also has the physicality to do it.

The United manager will also have a bit more trust in the ability of young players like Rashford and Lingard after seeing them perform so well in such a big game.

Their pace gave something United different up front compared to when Zlatan Ibrahimovic leads the line.

Ibrahimovic has been brilliant this season and I still think he will be the man Mourinho looks to for the second leg of their Europa League quarter-final against Anderlecht on Thursday.

But having to choose between him and Rashford, who looked so sharp, is a good problem for Mourinho to have at such a busy time of the season. 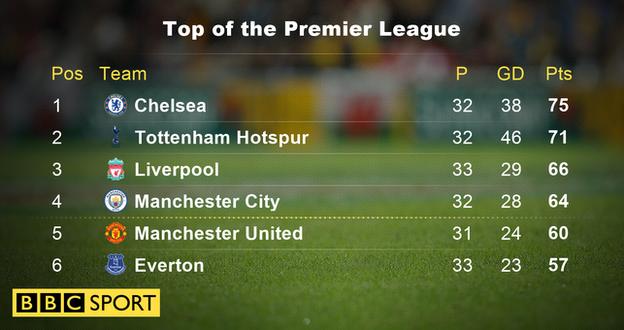 Chelsea's trip to Goodison Park is the most difficult of their six remaining fixtures - Everton are flying at home, where they have won seven league games in a row.

Going to West Brom will be tricky too, because I am pretty sure Baggies boss Tony Pulis will set up exactly the same way he did against Liverpool on Sunday.

Pulis basically played with six at the back - four centre-halves and wingers that drop in as full-backs, which is a nightmare to play against - Liverpool were quite lucky to get their winner.

So, the Blues could drop points at The Hawthorns too, but I think they will absolutely wipe the floor with the teams they play in their four home games.

When you go through Tottenham's run-in, it is much harder, and they basically have to win all of their games to have a chance of winning the title.

Spurs will have to do it the hard way if they are going to be champions, but they have got the quality and depth in their squad to do it.

With the way they are playing at home, they have given themselves a chance - now they need more slip-ups from Chelsea.