Mourinho is already planning for life without 35-year-old striker Zlatan Ibrahimovic - whether that be this summer or next year. Everton forward Romelu Lukaku, 23, is among the options being considered. (Manchester Evening News)

Watford have lined up former Leicester manager Claudio Ranieri to take over next season, with Walter Mazzarri set to be sacked. (Sunday Express)

Tottenham will offer midfielder Dele Alli, 21, his third new contract in the space of 16 months to stave off interest from Real Madrid. (Sunday Mirror)

Chelsea are prepared to let striker Diego Costa, 28, move to China at the end of the season and want Real Madrid forward Alvaro Morata, 24, as his replacement. (Sunday Express)

Tottenham boss Mauricio Pochettino has suggested the club will not bid for Morata, handing the initiative to Chelsea. (Daily Star Sunday)

Burnley want to sign Swansea's 25-year-old centre-back Kyle Bartley, who has been on loan at Leeds United this season. The Clarets are resigned to losing Michael Keane, 24, in the summer. (Sun on Sunday) 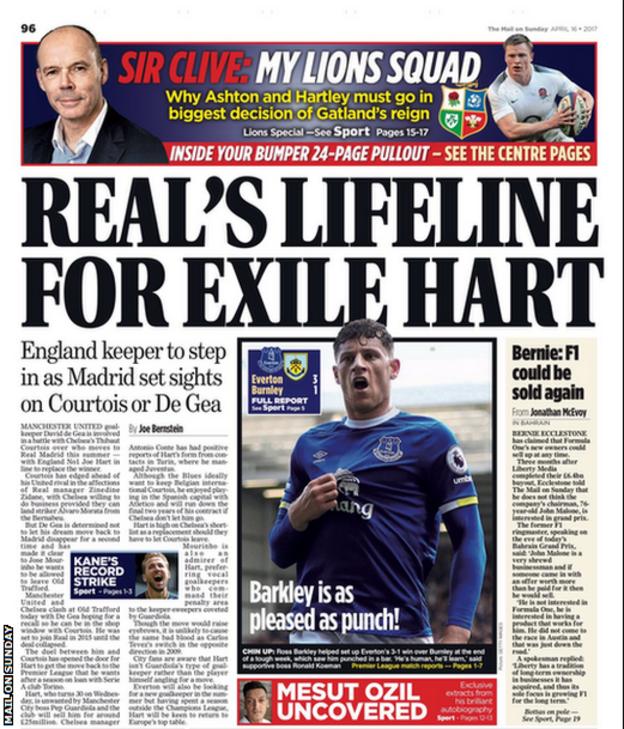 Arsenal are lining up moves for Porto forward Yacine Brahimi, 27, and Schalke midfielder Max Meyer, 21, if forward Alexis Sanchez and midfielder Mesut Ozil, both of whom are 28, leave at the end of the season. (Sun on Sunday)

West Brom are among the teams trying to sign 19-year-old forward Henry Onyekuru from Belgian club Eupen. (Mail on Sunday)

Onyekuru says he will move this summer and has hinted Scottish champions Celtic have made another approach for him. (Scottish Sun)

Defender Stefan O'Connor has returned to Arsenal after his loan deal at MVV Maastricht was terminated. The 20-year-old played four times for the second-tier Dutch side. (Metro)

Eden Hazard has told fellow Chelsea forward Michy Batshuayi, 23, to find another club if his playing time does not increase. (DH, via Metro) 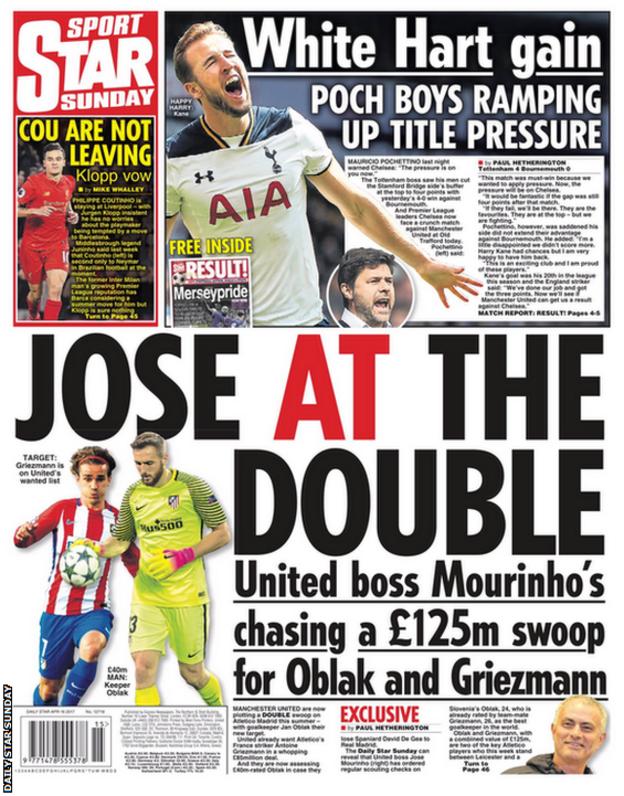 Real Madrid midfielder Isco, 24, says he wants to stay at the Spanish club, despite rumours he will be sold this summer. (AS)

Fifa is prepared to reduce Barcelona forward Lionel Messi's international ban from four games to two if the 29-year-old Argentina captain attends a hearing in Zurich on 4 May. (La Nacion, via AS)

Liverpool and Arsenal target Lorenzo Insigne has agreed a new deal with Napoli, keeping the 25-year-old forward at the Serie A club until 2022. (Il Mattino - in Italian)

Bournemouth, Crystal Palace, Stoke City and Aston Villa are all interested in midfielder Guessouma Fofana, 24, who plays for French Ligue 2 side Amiens. (Mail on Sunday)

Everton winger Gerard Deulofeu, 23, who is on loan at AC Milan, is set to return to Barcelona in the summer as the Catalans prepare to enact their buy-back option on the Spaniard. (Marca)

A forgettable afternoon at Leatherhead was completed for Billericay when the home side celebrated their 3-2 win with a rendition of R Kelly's The World's Greatest, which the visitors had made headlines for singing before last week's Ryman League Cup final. (Independent)