I am quite surprised David Moyes is still Sunderland's manager, but I think he should keep his job even if he takes them down to the Championship.

Over the past few seasons, if the Black Cats have been struggling in March then their trigger-happy owner Ellis Short has made the change of boss, and it has had a positive impact on the team.

That has not happened this time, even though Sunderland are in a terrible position. I don't see them avoiding relegation, and I have thought that for a number of weeks now. 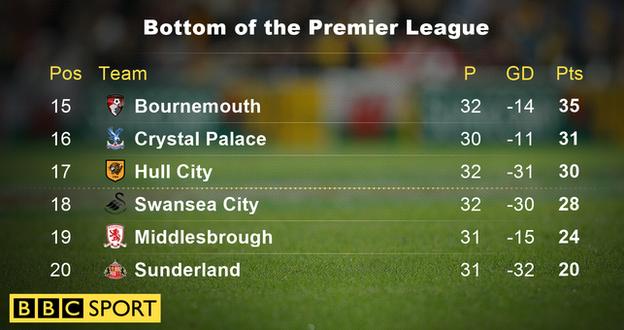 So, it looks like Short is going to stick with Moyes - and I hope he does, because I would like to think he will get the chance to turn the club's fortunes around.

Can Moyes do it? Yes. Although his time at Sunderland so far has been extremely disappointing, I know from my time playing for him that he is the type of manager capable of the kind of rebuilding job that is required at the club.

In an ideal world, if Sunderland do go down then they would bounce straight back up the same way it looks like their north-east rivals Newcastle are going to do.

But if that sort of revival is going to happen at the Stadium of Light too, then there are a number of issues that need to be sorted out. 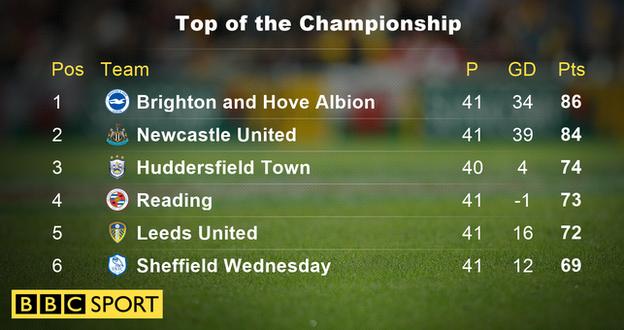 A season spent in the bottom three

When Moyes was appointed Sunderland manager, at the end of July 2016, I thought it was a positive appointment.

In the short term, I expected him to do a similar job to his predecessor Sam Allardyce and keep them up - and then enhance the club over a number of years in the way he did with Everton.

I thought he would stop them shipping goals because, having worked with him at Preston and Everton, when things went against us and we did not play well he would make sure we always knew how to be solid and hard to beat.

He has not had that impact on the Sunderland team. Instead, everything about them has been flat right from the start of the season.

They have spent most of the season in the bottom three and there have only been very few moments when they have looked like they might get themselves out of trouble.

Exactly a year ago, Sunderland lost at home to Leicester and were four points from safety with six games to go.

They went on a run where they won three and drew three of their remaining games to dig themselves out of trouble.

This time, they have not even managed a goal in their past seven matches, and there is simply no sign of the spark they need for something similar to happen again.

Negative Moyes has not won the fans over

Moyes has been very negative about the club's situation too, which is very unlike him. Right from the start, I got the sense he was unhappy with his situation.

The interview he gave after his side's defeat by Middlesbrough in August where he told fans to "expect a relegation battle" suggested to me that there was something else on the agenda, and maybe he was not getting the transfer funds he had been promised.

You could argue that Moyes was just being realistic, but he has not really done much to win the fans over with anything he has said, and that is the biggest difference between his situation and Rafael Benitez's at Newcastle when they went down last year.

There was a real positivity about Benitez when he was appointed in March 2016 and, at the end of the season, the fans were right behind him, saying the club had to persuade him to stay. They did, and they are reaping the rewards now.

I don't think there is anything like the same feeling towards Moyes on Wearside as there was towards Benitez on Tyneside.

When I listen to 606 on BBC Radio 5 live and hear Sunderland fans ringing in, there is no affection towards Moyes.

When I've gone to Black Cats games this season, I've not got the impression their supporters have any real confidence in him either.

Changing the mood, by being more upbeat

One of the arguments for keeping Moyes is that Sunderland badly need some stability - he is their sixth permanent manager in just over four years.

They thought they had it under Allardyce - I remember speaking to Black Cats players John O'Shea and Lee Cattermole after they had beaten Everton in the penultimate match of last season to secure their Premier League safety.

The message from them, and from the fans I talked to at the Stadium of Light that day, was that they hoped they had a manager who was going to stay around because, under Allardyce, they were ready to kick on.

When Allardyce took the England job last summer, it changed everything. By the time Moyes came in, around three weeks before the season started, it felt like a last-minute appointment and they have never really recovered from that.

The tone for the season was set in the first few weeks, partly by Moyes himself, and it has just been one thing after another since then.

If Moyes is going to turn things around, then he needs to change the mood around the club, especially in the stands.

Some of the positivity the fans need would come from new signings, but the supporters badly need the manager to talk up their prospects too.

Moyes might have just been being honest but, for the past eight months, he has just not been upbeat enough.

What else needs to change?

Moyes has already talked about his plans to rebuild the Sunderland team next season with 'British-type' players.

He sees them as fitting into his style of play and being a fit for the region and the fans.

I would go along with that - I don't think the club has had an identity very often over the past 10 or 15 years, because not many managers have hung around long enough to establish one.

When I think of this Sunderland team, I don't picture a certain style of football - the last time they had that was when I was there under Peter Reid, and Niall Quinn and Kevin Phillips were up front.

We got the ball into wide areas and got lots of crosses in. It was fast, quick football, with the fans right behind the team.

You could argue Moyes should aim for something similar, and part of that same approach could be to give young players a chance - something he has always been willing to do.

Jordan Pickford, Lynden Gooch, George Honeyman, Paddy McNair and Duncan Watmore are all 23 or under and have all featured for the Black Cats this season. If not for injuries, we would have seen more of them.

I am sure they will feature in the future too, but what we don't know yet is how they will react to the pressure and expectancy that comes if you are chasing promotion in the Championship.

Whatever division they are in next season, Sunderland will also need some new signings who will come in and make an instant impact.

So, Short needs to back his manager in the transfer market - if relegation does happen then rebuilding is not going to come cheap.