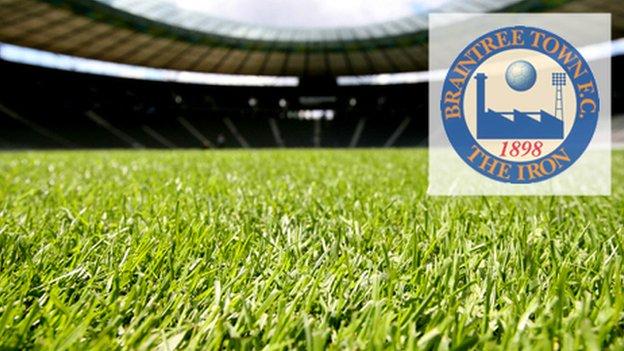 The 19-year-old centre-half, who has signed for an initial month, will be reunited with Braintree boss Hakan Hayrettin, his former Hatters coach.

He will be available to make his debut in Saturday's National League home game against Wrexham.

Musonda has made eight appearances since his debut in January 2016 as a substitute in a 2-0 win at Mansfield.

After three appearances as a substitute in the 2015-16 campaign, his five outings this season have all been in the EFL Trophy.

"He's also come up against some experienced League and non-league strikers in development matches, and competing on a regular basis against them at National League level will further his development."