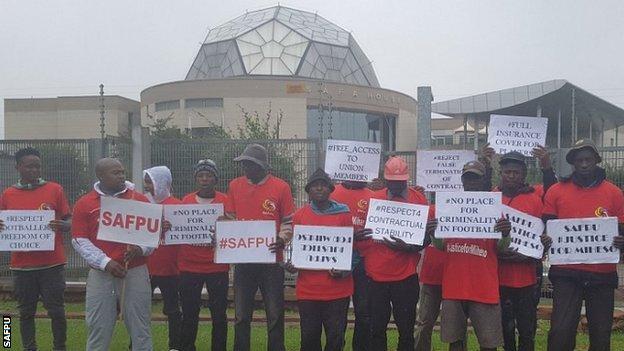 South Africa's FA (Safa) has denied receiving a letter from the country's footballers union (Safpu) calling for an investigation into Clifton Miheso.

In January, the Kenyan international alleged he was forced to sign a termination of his contract at gunpoint by his former club Golden Arrows.

"They have not sent anything," Dennis Mumble told reporters. "Ask them to show you a copy of the letter."

"They have not asked us to do anything. They must come and meet us. I am still waiting for something coming from Safpu with regard to this issue."

On Wednesday, Safpu members held a placard demonstration outside Safa House on the day that Fifa president Gianni Infantino was meeting with African football leaders in Johannesburg.

Around 20 Safpu members who hoped to catch Infantino's attention held up placards which read 'Justice for Miheso' and, among others, 'Respect footballers' freedom of choice.'

Safpu deputy general secretary Nhlanhla Shabalala explained that his organisation is hoping to bring the issue to Fifa's attention, claiming that Safa ignored its request to investigate the issue. 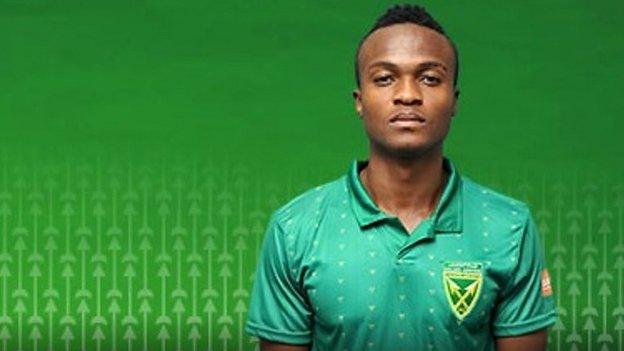 "We have been in discussions with our mother body FIFPro to contact Fifa about this matter," Shabalala said.

"We want Fifa to force Safa to investigate because this is not a matter that must be taken lightly," said Shabalala, a former Ajax Cape Town midfielder.

Earlier this month, Miheso told the BBC's World Football programme he feared for his life when forced to sign the agreement.

He says it was in the presence of two gunmen and the club's Chief Executive, Gordon Masondo, at the Arrows' Durban offices on 14 January.

The club have denied the allegations.

A statement ostensibly signed by the 24-year-old midfielder denying the incident was posted on Arrows Facebook but has since been removed.

South Africa's Premier Soccer League, whose acting Chief Executive Mato Madlala is also chairperson of Golden Arrows, has yet to comment on the matter. .