You can see highlights of Manchester United v Liverpool on Match of the Day 2 at 22:00 GMT on Sunday on BBC Two and the BBC Sport website.

Sunday's game at Old Trafford is arguably more important for Manchester United because, if they beat Liverpool, their momentum grows and the gap between them and the top four gets even smaller.

Jose Mourinho's side will be full of confidence too. They are on a nine game-winning run, look strong and powerful and all their big players have been performing very well for the last couple of months. 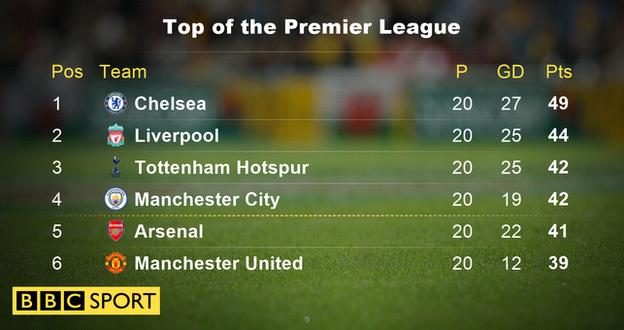 Paul Pogba is definitely one of the United players who has hit form.

Along with two of United's other summer signings, Zlatan Ibrahimovic and Henrik Mkhitaryan, the France midfielder is playing at somewhere near the levels we know he can.

Pogba playing with a strut and a swagger

Pogba's statistics show his growing influence on United's attack and I think he and Ibrahimovic in particular have built up a great rapport - they both seem to know each other's game now.

There might be an expectation from some people for Pogba to show why he is the most expensive player in the world against Liverpool, with a really dominant display in a match of this magnitude.

It is relevant which games you play well in, of course - because the best players always deliver when the big occasions come around.

However, I don't think that is an issue for Pogba just because he started the season slowly after joining United for £89m in the summer.

If he did not play well in United's early matches against the leading teams - their defeats against Manchester City and Chelsea in September and October, for example - I would not necessarily put that down to who he was playing against.

It was more down to the 23-year-old settling in and the team finding its feet under a new manager. Now Mourinho has had longer with his players, they all look comfortable with their roles.

So, I do not expect Pogba to do anything against Liverpool other than play the way he has been playing for several weeks now - being confident and assertive on the ball and getting high up the pitch to hurt teams.

By doing precisely that, he has quite quickly become hugely important for United and he is now playing with a strut and a swagger, showing us what he is capable of. 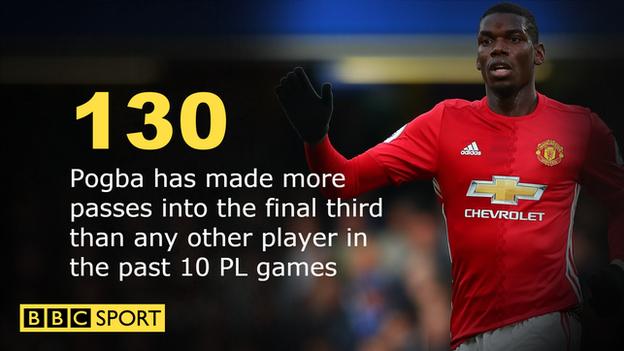 Pogba's end product was questioned earlier in the season, when he was not getting enough goals or assists but, now United are using his attributes in the right areas, he is starting to look the real deal.

He is getting past people, getting shots off, getting in the box and scoring goals that he did not look like he would do earlier in the season.

The France international is able to get forward more without leaving United exposed defensively because he knows he can rely on Michael Carrick and Ander Herrera to cover him.

Together, those three have helped give United a balance in midfield that they were missing earlier in the season when I watched them lose at Watford for Match of the Day 2.

Back then, I wondered why Carrick was not getting a game and I am not surprised he has done so well since coming back into the team, starting with the win over Swansea at the start of November. 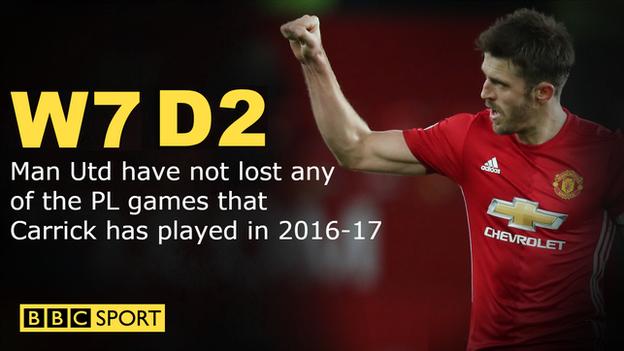 At 35, Carrick has the know-how to give United control of midfield by looking to keep possession at the right times but he also has the vision to play progressive passes when a lot of other players would play safe.

He has been a wonderful player for a long, long time - and maybe he has surprised Mourinho with his fitness levels and ability to master games the way he has been.

The midfield battle will play a key role in deciding the outcome of Sunday's game at Old Trafford, which is why it will be a big blow for Liverpool if captain Jordan Henderson is not fit enough to play.

For starters, Henderson is probably the only Reds midfielder who is physically capable of challenging Pogba's pace and strength.

But for a while now he has been a player that Liverpool have relied on not only for his athleticism and ability to break up play in the middle of the park, but also to set them off on attacks.

Henderson, 26, has definitely become more willing to try through balls and long balls. He always had the ability, it was just about having the confidence to take the risk.

His statistics for his number of touches and also the number of balls he has played into the final third of the pitch this season show how he is trying to affect games with his forward passing, not just keep possession or running around making tackles, which might have been people's perception of him in the past.

He has found a nice balance between keeping Liverpool ticking over and playing the ball up into the danger zones, a bit like Carrick for United.

If Henderson is missing against United, he will leave a big hole to fill. Lucas Leiva, for example, has done a great job as a holding midfielder for many years now and he is very steady, but he does not have Henderson's array of passing, or his athleticism either.

A good time to play Liverpool?

There is huge interest in the top six this season because they are all top quality teams who are capable of beating each other whenever they meet.

You could argue this is a good time to play Liverpool, with Sadio Mane away at the Africa Cup of Nations, Henderson and Joel Matip both fitness doubts and Philippe Coutinho only just back after a six-week injury lay-off.

While Liverpool will not be full strength, United are - and they are playing as well as they have been all season.

Mourinho will not underestimate the threat posed by Jurgen Klopp's side, because they have showed many times that they can hurt top teams away from home and still have lots of quality to call upon.

However, I think we will see a more open game because Mourinho will feel United can hurt Liverpool. I cannot see the visitors sitting back either, because under Klopp they are always on the front foot.

If the two teams do go toe-to-toe and have a real go at each other then, with the quality on show, I would expect some excellent attacking play and plenty of goalmouth action.

Sunday could be the complete opposite of United's 0-0 draw at Anfield in October - this time, nobody will be parking the bus.