Birmingham City have sacked manager Gary Rowett after more than two years in charge of the Championship club.

Blues are seventh in the table following their 2-1 win over Ipswich Town on Tuesday.

Former City defender Rowett, 42, who left Burton Albion to replace Lee Clark in October 2014, won 42 of his 106 games as manager at St Andrew's.

Ex-West Ham and Watford boss Gianfranco Zola is believed to be high on Blues' list of potential replacements.

"Such a parting of the ways is always difficult," Pavlakis said.

"Particularly so on a personal level. I have worked very closely with Gary and have got to know him well. Our relationship was very strong but in football you can never stand still.

"I would ask that our supporters trust our judgement and look forward to and embrace the future as we begin to implement the exciting vision of Trillion Trophy Asia Limited." 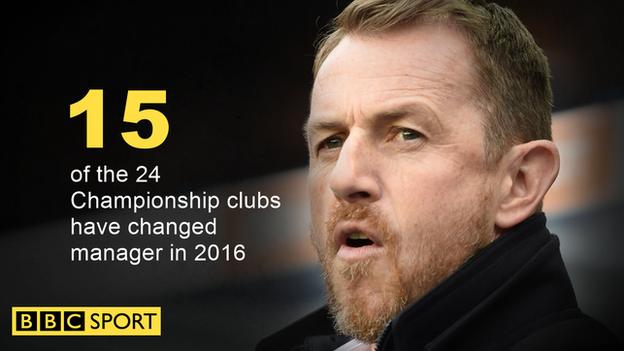 In an official statement, the club say "an immediate replacement" will be found to give the new manager time to prepare for the upcoming January transfer window and that funds will be available.

Former Italy and Chelsea forward Zola's last managerial job was with Qatari side Al-Arabi, but the 50-year-old was sacked in June after just one season.

Gary Rowett's departure from Birmingham City, with little by way of official explanation, feels like another one of the symptoms of the modern game.

In just over two years, Rowett took an inexpensively assembled squad to two top-half finishes in the Championship, and had them on the verge of the play-offs with the potential of money to spend in January.