Charlton Athletic manager Russell Slade has left after less than six months in the job.

The 56-year-old's departure follows a 3-0 defeat at Swindon on Saturday in only his 16th league game in charge.

Slade is the sixth manager to leave the Addicks since March 2014, although Jose Riga had two spells as boss.

"The club has reluctantly made this decision after results this season, which have left the team occupying 15th place," said a Charlton statement.

"The club wants to give itself the best possible opportunity of achieving its number one priority - winning promotion to the Championship at the earliest opportunity.

"The club would like to thank Russell for his tireless work during his time at The Valley, particularly the processes and disciplines he has instilled at the training ground, and wishes him well for the future."

This season has seen continued protests against owner Roland Duchatelet's running of the club.

A group of supporters from the Coalition Against Roland Duchatelet (CARD) have taken a taxi to Belgium to mark the owner's 70th birthday by delivering a petition urging him to leave The Valley. 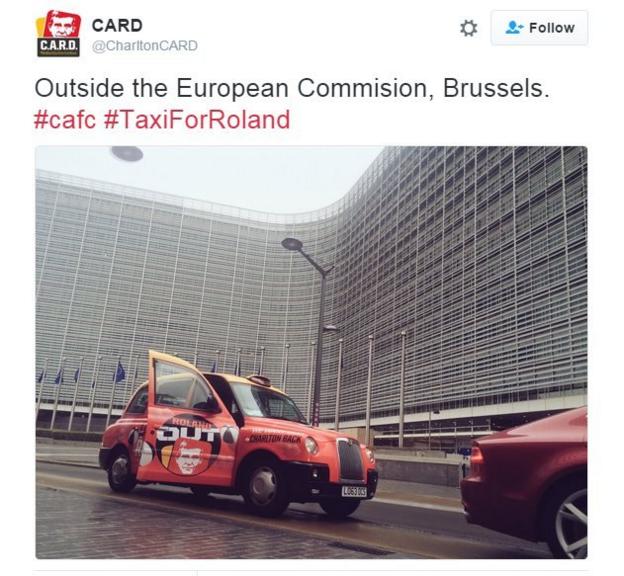 Charlton were relegated from the Championship last season, prompting the resignation of Riga after returning to the head coach role for four months.

Slade was appointed just three days after leaving Cardiff, having been switched to a head of football role, but Charlton have won only four league games this season and are three points above the bottom four.