Since its first appearance in 2002, the gossip column has consistently ranked as one of the most-read pages on the BBC website.

In the most recent transfer window, it averaged almost one million browsers per day. But can you believe a word you read in it?

To mark the 15th anniversary of its introduction, we have looked back at every gossip column from the summer transfer window to see how accurate the rumours were, whether stories about some clubs proved more reliable than others and to discover which sources were the most trustworthy.

How many rumours become reality?

Of the almost 800 rumours reported in the gossip column throughout July and August, just over one in three of them materialised as a transfer.

How do you judge whether a rumour is accurate or not?

Plenty of stories will have been rooted in fact at the time of reporting, only to fall through for any number of unforeseeable reasons.

But taking an accurate rumour as being one where that transfer actually went through, stories about Manchester City were more accurate than ones about any other side (counting only teams who were mentioned at least 10 times).

And while one in three rumours are accurate overall, the success rate varies wildly by club.

When you include every Premier League team regardless of the number of times they featured, Bournemouth come out on top.

Of course, the sources we use tend to focus mainly on the bigger clubs, meaning they are mentioned more regularly. And it is worth pointing out the gossip column is manually curated each day by a BBC journalist, so choices are made about which stories to include and which ones to leave out.

One reason why Bournemouth and Burnley come out on top is that they are rarely mentioned, so the quality of the rumours when they do appear tend to be high.

There were only three entries about the Cherries, linking them with Brad Smith, Jordon Ibe and Lewis Cook. All of those deals came off.

Who is talked about the most?

Everton, Arsenal and Chelsea, three of the bottom four when it comes to the number of accurate rumours written about them, are three of the five most-featured clubs.

And while it is no surprise the biggest teams generate the most stories, there is also another factor that drives the rumour mill - the presence of a new manager.

What kind of players are clubs linked with?

There's good news if you're a midfielder...

Or, in other words, if your name is Ross Barkley.

Where they play and where they're from

Outside of Britain and mainland Europe, Brazilian players were the most sought after according to the gossip column, while Senegal just edged out Ivory Coast as the leading African nation. 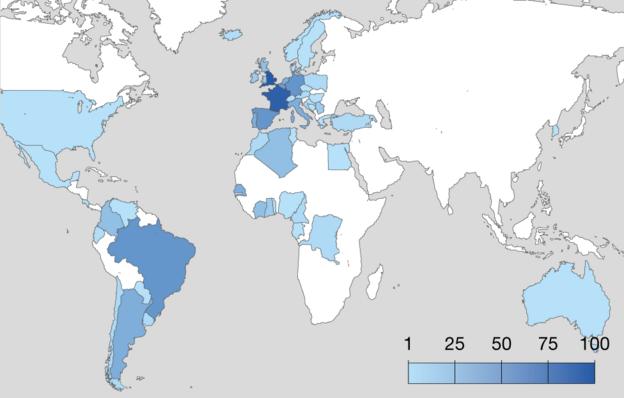 Which is the most reliable source?

In the two months of the summer window, 41 different media outlets featured in the 62 gossip columns.

And based on whether a deal that was reported actually went through, the most reliable transfer source was the Guardian.

But while the Guardian comes out on top, newspapers - the traditional bedrock of the gossip column - were not the most reliable source.

Non-newspaper websites - the likes of Sky Sports, Goal and ESPN, among others - actually proved to be the best place to go for accurate transfer stories.

Non-newspaper websites would not have featured in the early days of the gossip column - back then it consisted entirely of newspaper stories. However, they are now among the most popular - and trusted - news outlets around.

When looking only at newspapers, it is the broadsheets that dominate.

And finally... ones to watch in January?

So what can we expect to see in the January transfer window?

Thankfully, there is unlikely to be much speculation about Paul Pogba, whose 27 gossip column appearances made him the most talked about player of last summer before his protracted world record £89m transfer to Manchester United was finally completed.

Everton striker Romelu Lukaku was rumoured as being on his way to Chelsea 14 times - the most frequently mentioned deal of the last window that did not happen. If there is no smoke without fire, could it be the one to watch this January?

And what about other players who could be on the move? Here's our XI of the most talked about players of the last window who, ultimately, stayed where they were. 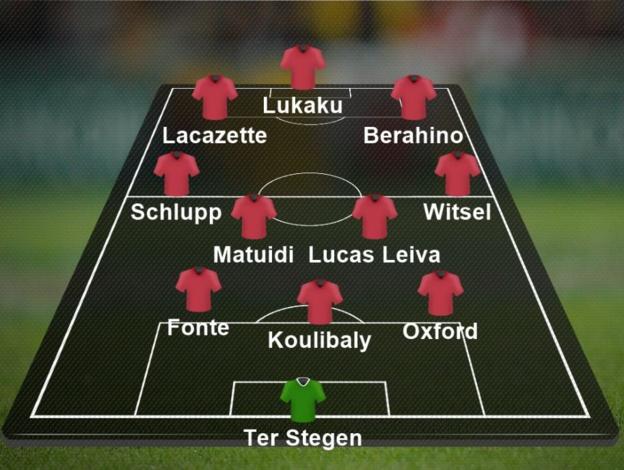 You can keep up to date with all the latest rumours by reading the gossip column every day.

243 comments
Back to top
unknown