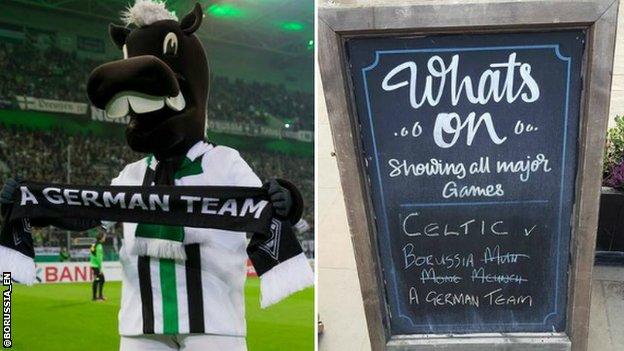 Borussia Monchengladbach fans were so desperate to get hold of merchandise referring to their club as 'A German Team' that 2,000 scarves sporting the branding sold out within two days.

A Twitter post showing a sign outside a Scottish bar went viral before the club's 2-0 Champions League win over Celtic, after the author seemingly gave up attempting to spell "Monchengladbach" - instead opting for "A German Team".

Gladbach saw the funny side, changing their own English account's Twitter handle to "A German Team" and using it on their team-sheet on social media.

They also gave fans the chance to grab a piece of merchandise, but the club's head of corporate communications, Markus Aretz, says scarves were in such demand Gladbach have ordered another 2,000 to sell before Tuesday's return group game against the Scottish champions. 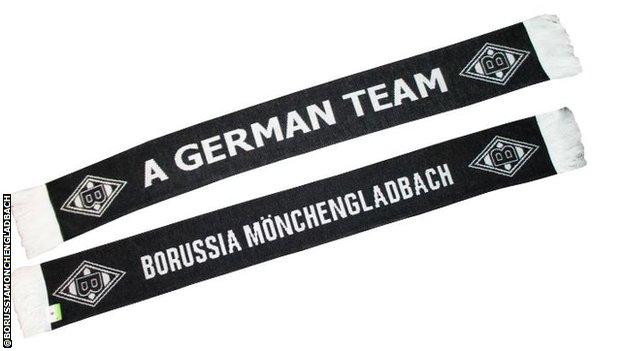 "It went big and was a big laugh on that day," Aretz told BBC Radio 5 live.

"We know it is a difficult name and not a club like Barcelona, Real Madrid or Manchester United that's well known around the world, although we had a big history in the 1970s.

"It is hard to pronounce our name. We don't get offended. Everybody thought it was a good joke."