England interim manager Gareth Southgate said he had inherited "a mess", after a goalless draw in Slovenia in 2018 World Cup qualifying.

England, who top Group F, had keeper Joe Hart to thank for a point.

"With the overall objective of qualifying, we have kept the team on track," said Southgate.

"But we have taken over a mess really and had to steady the ship." 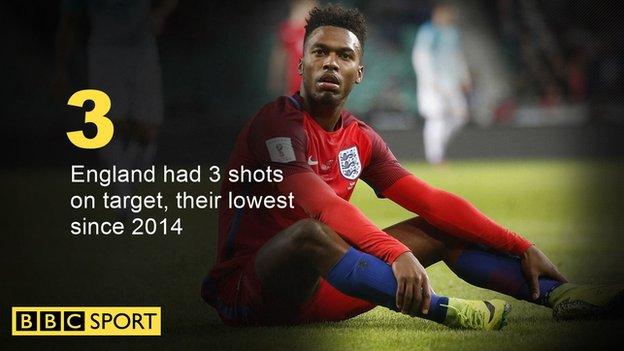 The draw means England remain top of the group with seven points, two more than Lithuania and Slovenia.

Southgate, 46, stepped up from his role as England Under-21 boss to take temporary control of the senior team following Allardyce's departure.

His next game is a World Cup qualifier against Scotland at Wembley on 11 November, followed four days later by a friendly with Spain, as the Football Association searches for a permanent successor.

Allardyce, 61, left his post after one game following a Daily Telegraph investigation claiming he offered advice on how to "get around" rules on player transfers.

Slovenia, ranked 67th in the world, had the best chances in the game, while England failed to register a shot on target in the first half and managed just three overall - their lowest in a competitive game since v Costa Rica at the 2014 World Cup.

Southgate had dropped captain Wayne Rooney, but the Manchester United forward came on for the last 20 minutes.

Analysis: Did he walk into a mess?

Chief football writer Phil McNulty: "There has to be a realism about what Southgate has walked into. He is in charge of a side that was made grimly aware of its place in the world order in France - and he played no part in that.

"Southgate did, however, have two eminently winnable matches to start with and, while four points keeps them top of Group F, the draw in Slovenia was the first qualifier of any kind England have not won in three years, halting a run of 14 successive victories going back to 2013.

"He also has a squad that has talent, certainly enough to be producing better than what was on offer on Tuesday.

"So yes, to a degree Southgate is correct to suggest he inherited a mess - but equally England have also been sorely lacking in fresh inspiration."

Read more of Phil's blog on the England 'mess' here

Former England midfielder Jermaine Jenas on Radio 5 live: "It's a mess in terms of how it was rushed. Was he prepared for this? Probably not. He was preparing his under-21 side to get through to the European Championship so yes he inherited a mess but is there any need to actually say that?"

Vulnerable, no guile and not enough of Rashford

"At times there was not enough guile in the team. We looked vulnerable when we had the ball and the Slovenia chances came from when we turned the ball over.

"This England team is full of pace and power and if we play to our strengths we will be a very difficult team to play against.

"I would have liked to see more Marcus Rashford get more minutes to impact the game, especially with what he has been doing for Manchester United.

"PS... oh and I believe the draw was all Wayne Rooney's fault as well! zzz"

'We owe Hart for point'

Goalkeeper Hart was praised after he helped spare England embarrassment with a succession of outstanding saves, including a world-class reflex stop when he turned Jasmin Kurtic's header on to the crossbar seconds after half-time.

Hart, who is on loan at Italian side Torino from Manchester City, has struggled recently, making high-profile errors against Wales and Iceland at Euro 2016.

Southgate revealed he had a "long chat" with the 29-year-old earlier in the week.

"We owe our goalkeeper really for getting a point," added Southgate. "He was fantastic.

"He's at his best when he's calm and composed, it's something we've discussed and this week his manner has been very calm. He was at his best tonight.

"We didn't start either half well and it's an outstanding save that gets us a point." 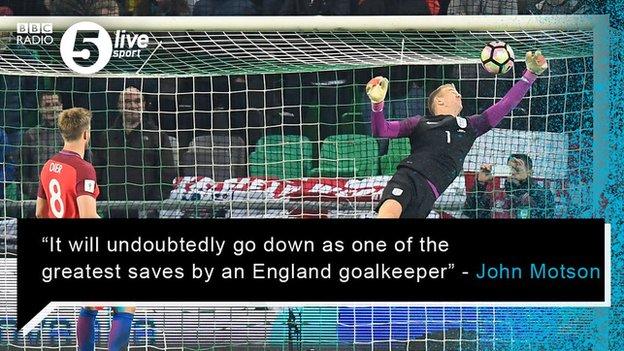 'One of the greatest saves'

John Motson on 5 live In Short:

"One of Hart's saves really qualified for the title 'world class'. Had it not been for him, I think England would have lost.

"It was unquestionably one of the great saves by an England goalkeeper. It was an incredible save, how he turned it where he did with a strong hand like that I don't know."

Andrew Neill: Two woeful performances, fortunately against poor opposition, with others in the group doing us a favour to keep us top. 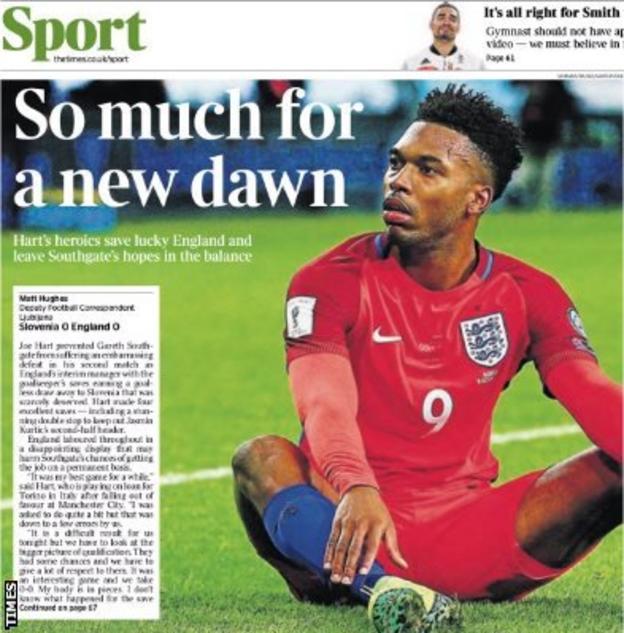 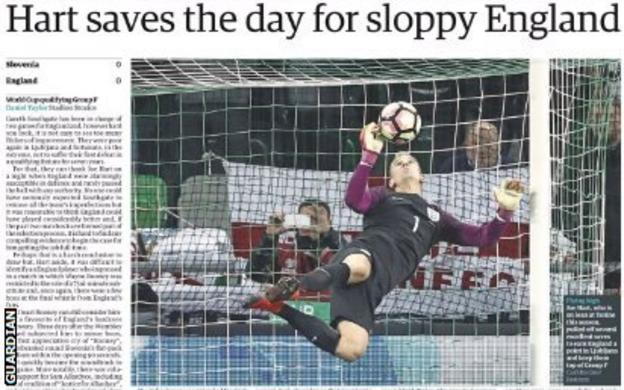 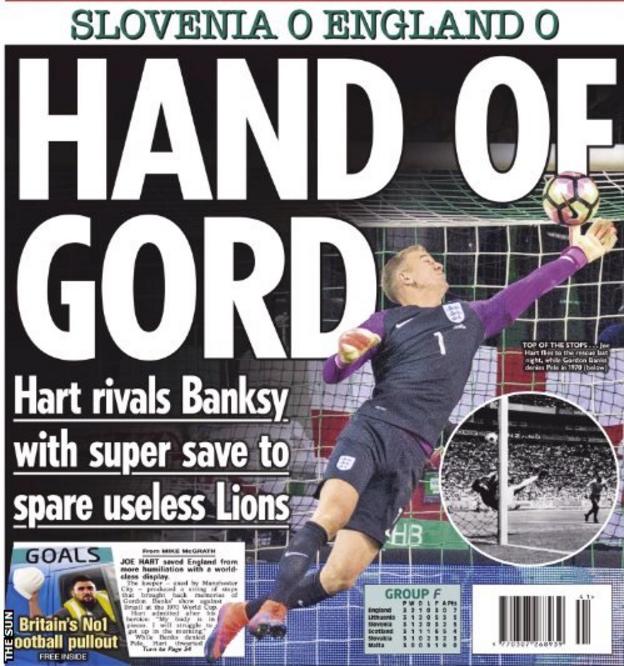