Sunday's game at Tottenham will be Pep Guardiola's toughest test so far as Manchester City manager.

Guardiola has already won the Manchester derby at Old Trafford, but he was up against a new manager in Jose Mourinho who did not know his best United XI at the time.

Tottenham, in contrast, are a settled unit who already know how Mauricio Pochettino wants them to play and are very good at implementing it. When I tipped them to finish second before the season started, that played a big part in my thinking. 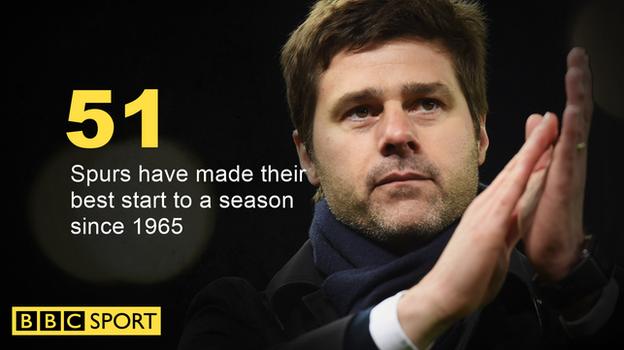 Pochettino and Liverpool manager Jurgen Klopp began the new campaign ahead of most of the other title contenders because their teams already had an identity and could hit the ground running.

Over the summer everyone kept saying to me: 'Why hasn't Pochettino made more signings?' But he didn't have to.

Six games in, Spurs are unbeaten and in second place behind City after making their best start for 51 years, despite blowing hot and cold at times. 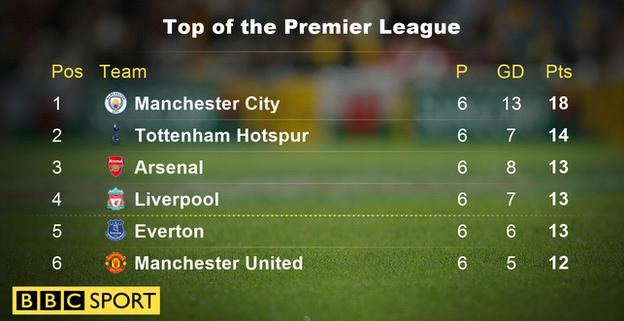 The fact Tottenham are picking up points even when they are not playing well is an ominous sign for their rivals, as is the way they improved after making a much slower start last season, when they eventually finished third.

If they beat City, it will be the sort of statement that will convince many people they are contenders again this year. For me, they have already shown that they are.

Because of what I have already seen, I think Tottenham will win at White Hart Lane and also go the distance in the title race.

Everyone gets overexcited when new managers come to their club and what they fail to realise is how long it usually takes to implement their styles.

Klopp said almost exactly that on Sky Sports' Monday Night Football this week, when he was talking about how people were expecting Liverpool to immediately start playing like his old team Borussia Dortmund when he took charge at Anfield almost 12 months ago.

The reality is that it takes a while to evaluate your squad in order to work out who can play the way you want to and adapt your style to the players you have got.

This is Pochettino's third full season as Spurs boss and it took him time to make this team his own.

The big shock for me is how quickly Guardiola has made that transition at City. I tipped them to win the league, but at this stage I thought he would be having similar problems to Mourinho or Antonio Conte at Chelsea, who are both still bedding in.

Guardiola's 100% winning record in the Premier League is obviously extremely impressive, but there have still been signs that City are vulnerable - and not just in Wednesday's 3-3 draw at Celtic in the Champions League.

City won at Swansea last weekend, but the Welsh side made it difficult for them and had spells where they were on top. I am expecting the same from Tottenham, but to a greater effect.

Spurs make lots of chances - now Son is taking them 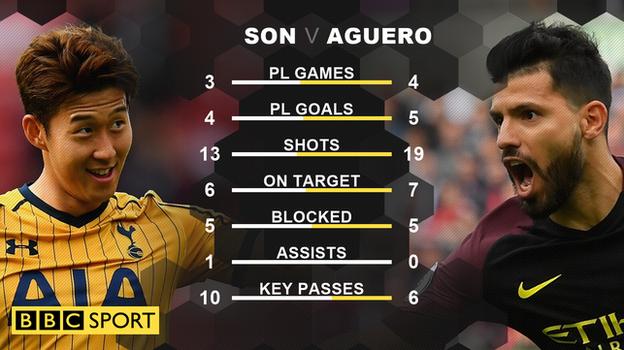 City have the highest possession rate - 64% - in the Premier League this season, but I don't think they will have more of the ball at White Hart Lane - and Tottenham will be dangerous whenever they come forward.

Spurs are better known for having a mean defence than scoring freely. They conceded the fewest goals in the top flight last season and have done the same so far in this one - but they are not a defensive-minded team.

They have actually had more shots, or chances, than any other top-flight side in 2016-17, just as they did in 2015-16. It is only their shot conversion which has been letting them down.

But Son Heung-min has improved that ratio almost single-handedly in their past three games, while also showing that Tottenham do not just rely on the injured Harry Kane to get them goals.

Other players need to do more of the same but it is an example of how this Spurs side is developing.

One of the reasons Spurs have been so solid recently is the experience Pochettino has at the back. Further forward, the regulars have all been younger players like Kane, Lamela and Alli, who was playing his first top-flight season last year, or Son, who was new to English football.

Together, they are gaining the same sort of maturity that the defence already has. With that will come a better understanding of how clinical they have to be to put themselves in positions where they can control games - and win them.

I am confident they will do that on Sunday, and they will definitely get chances.

Defensively, City are by no means the finished article and they also take risks at the back. They are also going to be chasing the ball a lot more than they usually would do, and it could be an uncomfortable game for their defence.

How high pressing is perfect for City task

A large portion of the way Spurs play is about winning the ball high up the pitch, which is a good idea against City anyway.

It means you keep the ball away from striker Sergio Aguero, and if you do that you have a much better chance of beating them.

But if Spurs do press high like they usually do, they will have to be careful because of how City use their goalkeeper Claudio Bravo.

As a player there is nothing worse than when you get that press on and feel it building, then the ball goes back to the opposition goalkeeper and you sprint at him expecting him to launch it - but he actually passes it into midfield.

Pochettino will know that is how City like to play and how they gain control of the tempo of the game.

So it would not surprise me if he makes sure Bravo is properly pressed as well, which means doing it every time Spurs go and hunt for the ball.

It will be all or nothing, but I have the feeling Tottenham will go for it. They look at themselves as title contenders too, and they will be saying: 'We are at home, we will be on the front foot - and we are not letting you dictate the game.'

Why Spurs are ready for another title challenge

Spurs are already five points better off than they were at this stage last season - and they have not hit their stride yet.

Last year, they got stronger as the campaign went on and I am expecting the same to happen this time.

I put that down to the way Pochettino trains his side very hard for long periods, even well into the season. They still do double sessions some days and will carry that on all the way up to Christmas.

I have heard it said that the reason they fell away right at the end of last season was down to them running out of steam because he worked them too hard, but that is rubbish. I watched them beat Stoke in mid-April with one of the most energetic performances I have ever seen.

They are not at their peak fitness levels yet - they looked lethargic against Liverpool at the end of August - but that has not affected their results.

In the past, they would have lost that game against the Reds but this Spurs team is different. Mentally they are ready now, too.

You cannot underestimate how much they will have learned from challenging for the title, including gaining the belief that they can beat the top teams now. They beat City home and away last season, for example.

The mindset that Pochettino has brought in is the biggest difference I have noticed since my time at the club between 2005 and 2013. When I was at Spurs, we were delighted to get in the Champions League - but he aspires to a lot more.

Pochettino has managed to instil that ambition in his players as well. Last season was fantastic, but it was just the start - now they want to go on and win the league, and they know what it will take to do it.