England are the "laughing stock of world football" following the departure of manager Sam Allardyce after only 67 days, says Alan Shearer.

It follows a newspaper investigation claiming Allardyce offered advice on how to "get around" rules on transfers.

Allardyce has apologised, saying he is "deeply disappointed" to lose his job.

The England role has become comical

Allardyce replaced former manager Roy Hodgson after England were knocked out of Euro 2016 at the last-16 stage by minnows Iceland.

Shearer, who scored 30 goals in 63 caps, said: "It's incredible and a catastrophic misjudgement by Sam and his advisers. I'm angry at the whole situation.

"I didn't think England could stoop any lower from what happened in the summer at the Euros. Now here we are, a laughing stock of world football."

He said he thought the England job "looks a poisoned chalice", adding: "It's a very, very difficult job, some would say the impossible job."

The ex-Manchester United defender added: "This was a man who was passionate about getting the job. He forced the FA to act. Naivety seems to be the word coming up. It's disappointing for English football."

Former Wales midfielder Robbie Savage said: "I've got a little bit of sympathy for him, but he gave the FA no choice. "England are a bit of shambles. First the Euros, now this. He will be devastated."

Former FA chairman Greg Dyke, who stepped down from the role in the summer, told BBC Radio 4 that Allardyce had to go.

"If you want to be the England manager you have to be whiter than white and the Telegraph investigation shows he wasn't," said Dyke.

"The FA didn't have any option but to take the decision they did.

"This guy is being paid around £3m a year. Why was he grubbing around trying to find £400,000 from somewhere?

"If he hadn't agreed to go he would have been fired and I think rightly so."

Dyke added that Allardyce's predecessor Roy Hodgson had given the FA no such problems because he was "straight as a die".

Former Tottenham manager Harry Redknapp: "It's a sad day, sad for Sam as well. I'm sorry for what's happened. It's probably a lifetime dream of his to be England manager and to end so quickly is unbelievable really."

Ex-FA chairman David Bernstein: "His naivety is quite unbelievable. There's no question he brought the FA and football into disrepute. That's not acceptable. I have very little sympathy. I believe the FA is in need of serious reform as it's no coincidence these sorts of things keep happening."

Former England defender Danny Mills: "I don't think fans will be annoyed he is explaining how to get around rules, I think it is more that he was chasing money around the world when the focus should have been on the England job."

The Times chief football writer Henry Winter: "We have to take responsibility for our own careers and for Allardyce - as a 61-year-old guy who is an experienced individual in football - the alarm bells should have been ringing."

Daily Telegraph chief football writer Sam Wallace: "You never know what is going to get thrown at the FA - be it racist or homophobic tweets, Luis Suarez biting case - and they have to be whiter and whiter.

Independent chief sportswriter Ian Herbert: "The sums of money and avarice of it all is sickening. The sheer bare-faced grubbiness is just shocking." 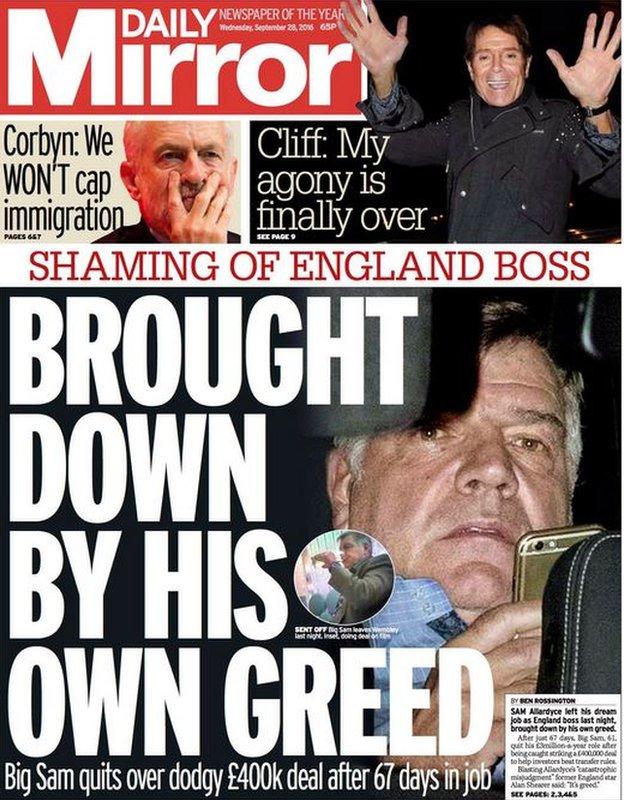 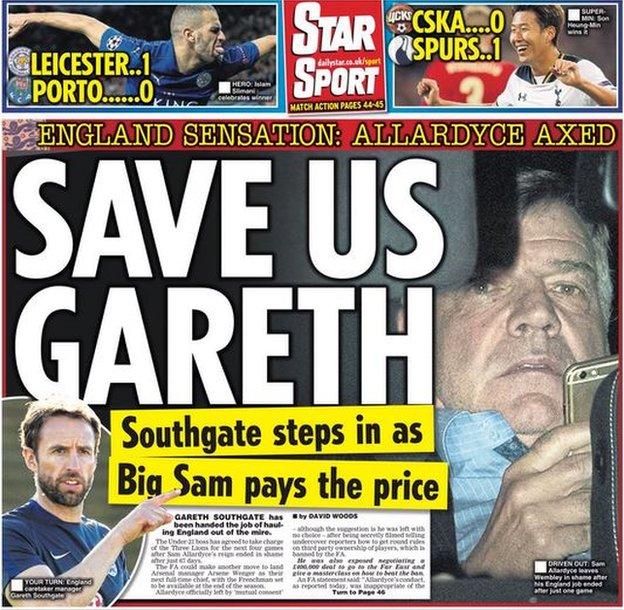 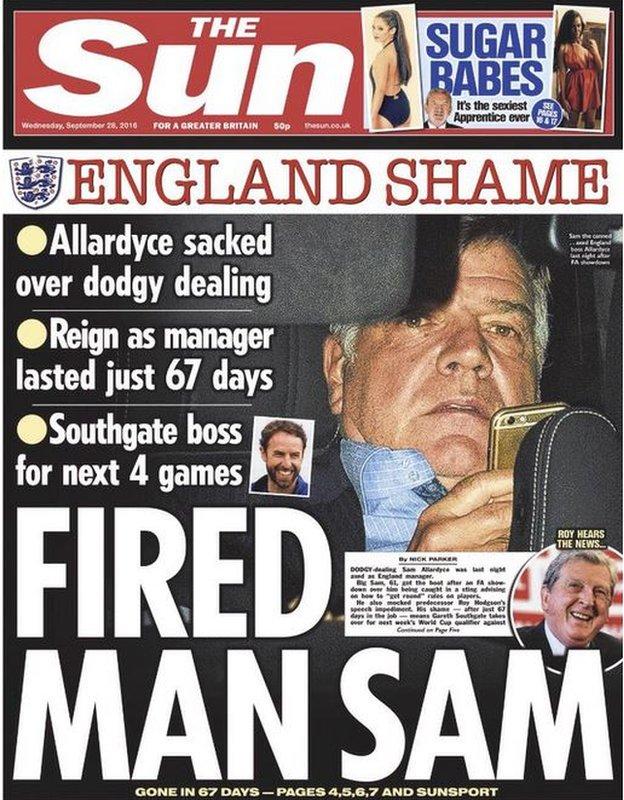 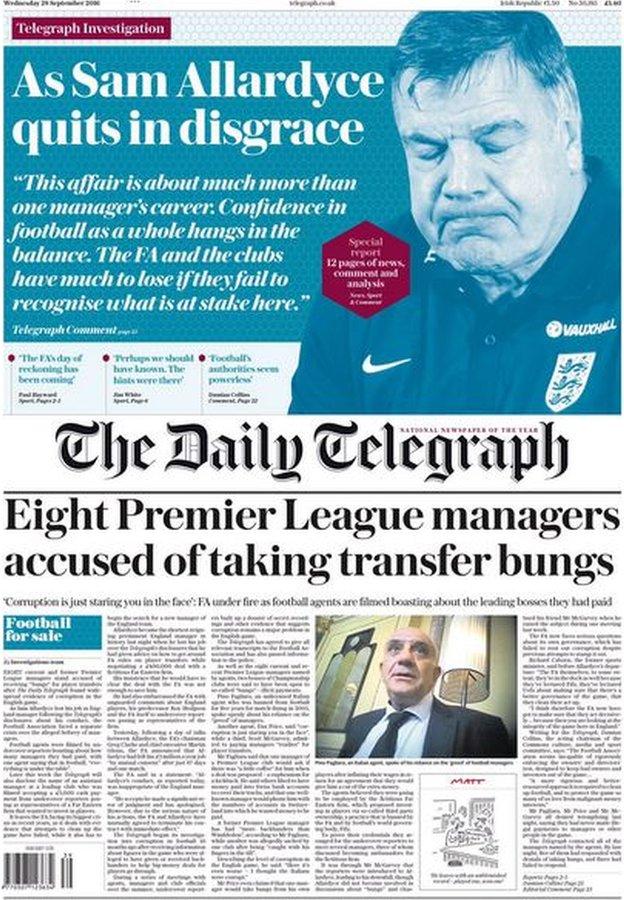 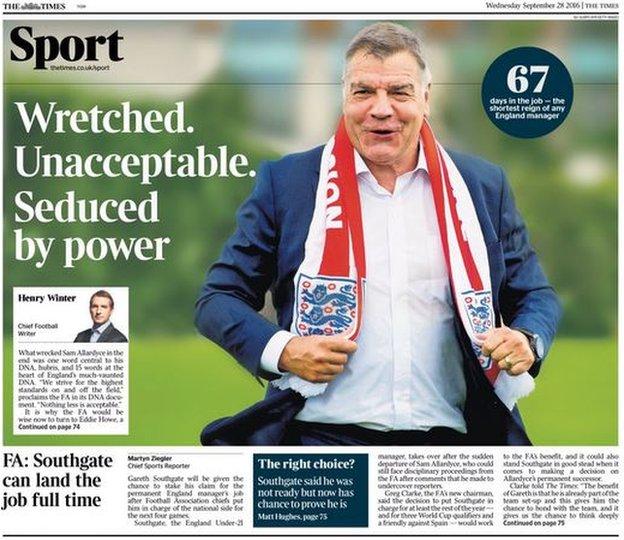 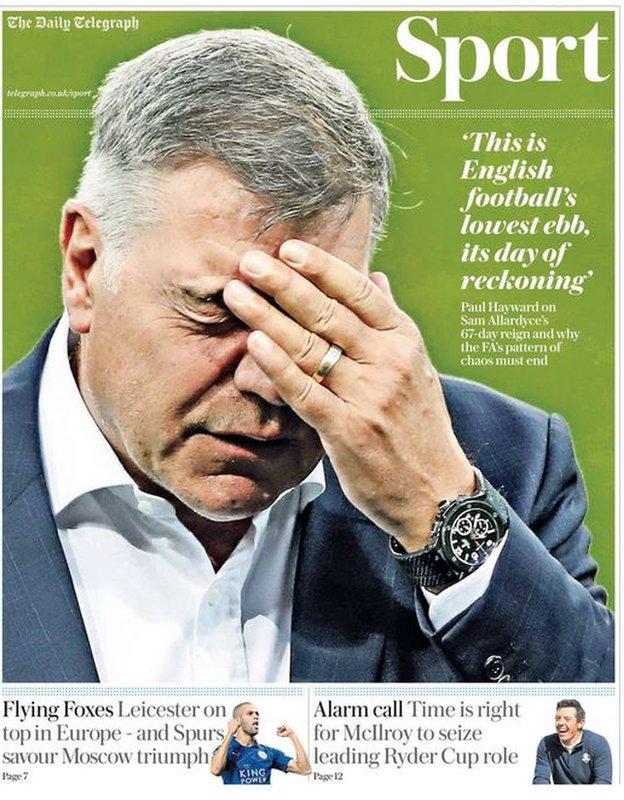 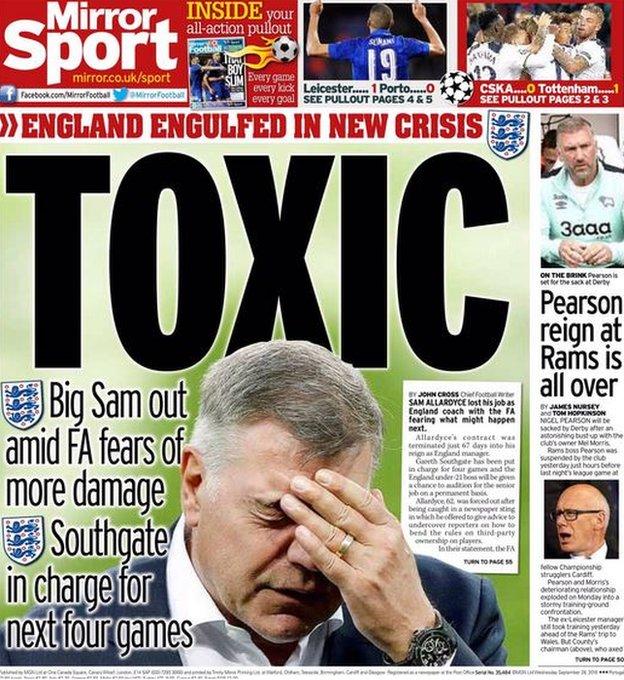