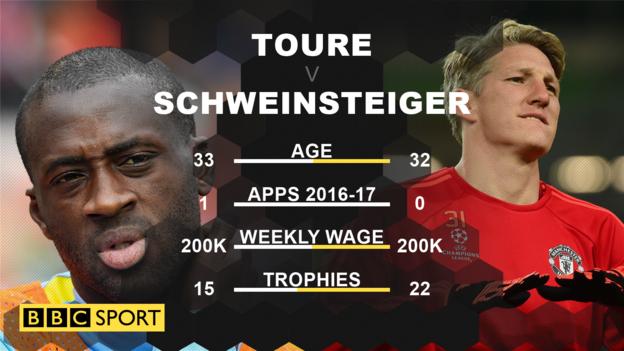 Yaya Toure and Bastian Schweinsteiger are two of the biggest names in world football.

Between them, they have won 14 league titles, two Champions Leagues, a World Cup and an Africa Cup of Nations - but neither are currently playing for their team.

City manager Pep Guardiola says he will not pick Toure until his agent apologises for criticising the decision to leave the Ivory Coast midfielder, 33, out of the team.

Meanwhile United manager Jose Mourinho has said it will be "very difficult" for Germany midfielder Schweinsteiger, 32, to play for the club again.

Unless the situation changes, from the start of July 2016 to the end of June 2017, they will have been paid more than £20m between them not to play.

One week to recoup salary until end of season 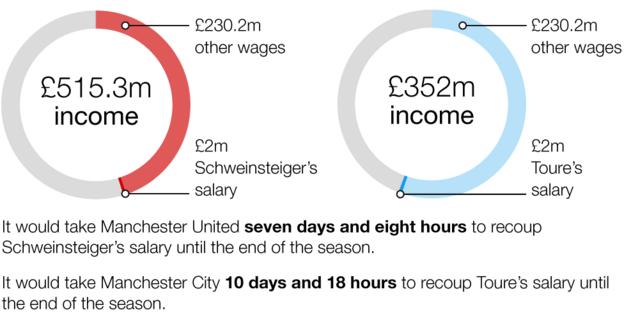 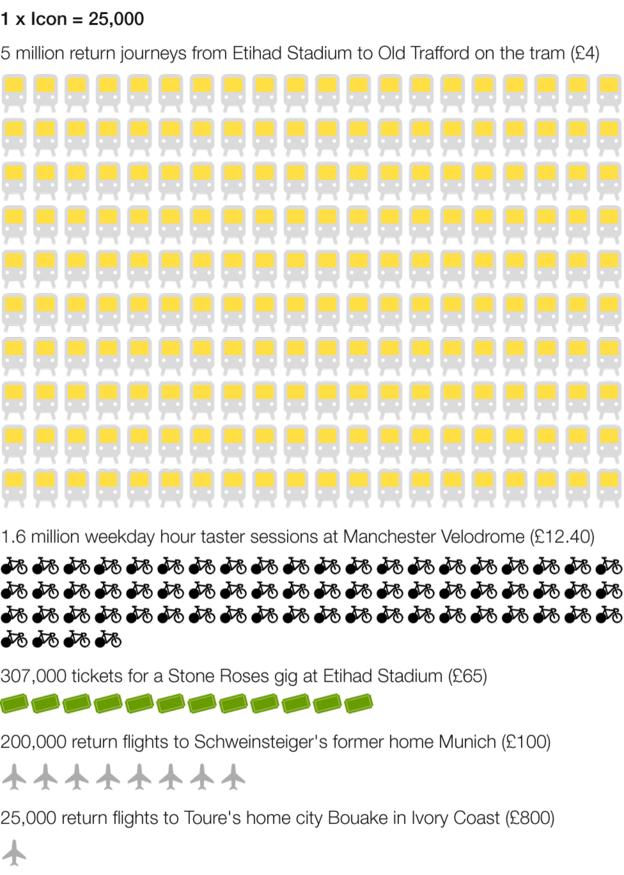 You could buy 121 three-bedroom properties in Greater Manchester [average property in Greater Manchester is £165,320], build a new stadium [Rotherham's New York Stadium cost £20m to build and opened in 2012] or pay for a squad for a year [Watford's 2014-15 wage bill as they got promoted to the Premier League was £20.7m] with £20m.

'Players are like machinery, either get rid or move it'

Finance expert Kevin Roberts, founder of the Sport Business Group, says the concept of paying players not to play may not be as mad as it may seem.

"If you look at a football club strictly as a business and its players as assets, it is not so strange at all," he said.

"There will be lots of examples of companies investing heavily in technology or machinery that then becomes obsolete, or are overtaken by advances in development.

"Companies have no option other than to pay for another lot of kit and either get rid of the old stuff or move it somewhere until they decide what to do with it.

"That, in essence, is what has happened here, although we are clearly talking about human beings and a far more emotional situation."