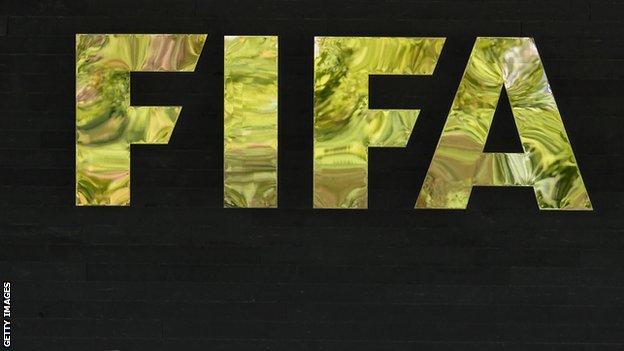 Fifa has said there has been no 'misuse of the funds' it has given to the Sierra Leone FA (SLFA).

SLFA president Isha Johansen was detained and questioned by Sierra Leone's Anti-Corruption Commission (ACC) this month over the issue.

"Fifa has no reason to suspect there has been misuse of funds that Fifa has provided to the SLFA," Fifa wrote in a letter to the SLFA seen by the BBC.

"In addition, over the course of the last three years, Fifa has noticed several activities of third parties that could be considered as interference (in) the running of the SLFA."

"These have caused continuous instability to the legitimate and recognised leadership of the federation," the Fifa letter, which was copied to the Confederation of African Football (Caf), added.

"Fifa urges the relevant Sierra Leone authorities - in particular the Ministry of Sports and the Anti-Corruption Commission - to allow the SLFA to conduct its affairs and activities without unnecessary obstruction as no Fifa regulations have been contravened with regards to the Fifa funding."

Earlier this year, the SLFA's accounts were audited by football's world governing body.

Fifa says it intends to send secretary general Fatma Samoura to Freetown in due course to assess the matter.

Along with SLFA vice-president Brima Mazola Kamara and secretary general Christopher Kamara, Johansen was detained by the ACC on 7 September.

This came after the only female football president in Africa failed to attend a hearing set up by the ACC for that very morning.

The ACC said it is investigating the use of funds the SLFA received from Fifa, Caf and the Sierra Leonean local government.

Johansen, who has since given sworn testimony to the ACC, denies any wrongdoing and - like the Kamaras - was released without charge.

She was detained for one night, Brima Kamara for two while Christopher Kamara spent a week at the country's Criminal Investigations Department headquarters in Freetown.

The ACC is currently poring through documents gained when seizing computers and files during a raid earlier this month.

Johansen, who took charge of the association in 2013, has been trying to push through an inquiry after 15 Sierra Leone internationals and officials were accused of match-fixing an international in 2008.