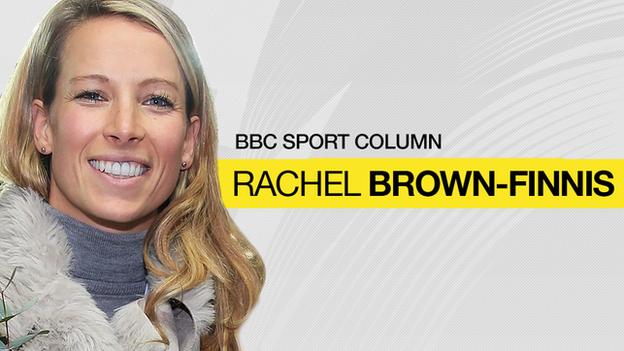 It was a breath of fresh air to see Leicester win the Premier League last season - now it would be nice to see them break the mould in the Champions League too.

Like a lot of neutrals, I am looking forward to seeing how Claudio Ranieri's side get on in their first season taking on European football's elite. To be honest, it makes things much more exciting than usual.

As someone who watches a lot of Champions League football, I have got used to watching the same teams every year. Especially in the group stage, a lot of results are predictable, and some of the games are very dull.

European football could do with something unexpected happening to break up the established order. Having new teams such as Leicester involved means there is a greater chance of that, although it seems Uefa does not agree.

The changes being made to the Champions League from 2018 appear to be designed to filter out the elements that can cause surprises, rather than encourage them.

The evolution of the Champions League since the European Cup was remodelled in 1992 has resulted in more of a closed shop, and the new rules are only going to make things worse.

From 2018, the top four domestic leagues - currently Spain, Germany, England and Italy - will get four guaranteed places in the Champions League group stage, meaning 16 of the 32 places are automatically taken.

In the past eight years, only one club from a country outside that top four - French Ligue 1 team Lyon in 2010 - have made it to the semi-finals. With fewer teams from other nations, the restructure is going to make it even harder for that to happen.

Even more ludicrous is the decision to include historical successes when Uefa calculates the coefficient it uses for seeding, and for the distribution of prize money.

That means European trophies won in the 1960s will give clubs a bigger slice of the pie, and also give them easier draws to help keep the cash rolling in.

It is essentially money that has dictated this restructure, and it is clear that money still talks in Uefa, even with the recent shake-up in its hierarchy.

It has been accused by the European Professional Football Leagues body of being scared that the big clubs will run off and set up their own tournament.

New Uefa president Aleksander Ceferin said on Wednesday that he will show those clubs who is in charge but, as things stand, it seems the governing body is trying to keep those select teams happy to the detriment of everyone else.

I cannot see how that can be allowed to happen, although as a player I was used to decisions like this being made without being consulted at all.

We are in the same boat as fans in that regard - left to ask questions about what it will mean for us.

'A monster eating up everything in its path'

In any other business, anyone remodelling their product like this would have done market research - in this case, consulting fans - but Uefa has done none of that.

We are heading towards an NBA or NFL set-up with the same teams guaranteed to be involved every year, and there is no indication from anyone that this is what people want to watch. I know I don't.

At the moment, Premier League clubs are among those who will get four guaranteed group-stage places, up from the three - with one more in the play-off round - they currently have.

But I think it's important to make clear that just because English football is, generally, going to benefit from the changes, it doesn't mean we have to agree with what it means for the Champions League overall.

Most of the money already gets distributed among the big clubs, and the gap is only going to get bigger when there are fewer spots to go around.

Where does that kind of escalation end? The Champions League is a monster eating up everything in its path - if you are not in it, you are just feeding it.

'Leicester have proved nothing is impossible'

One of the things Uefa did get right was making sure the champions of the leading seven leagues were top seeds for the first time in this year's draw.

That meant Leicester were rewarded for their unreal season by being drawn in a favourable group with Club Brugge, FC Copenhagen and FC Porto.

The concern before this campaign started was that the Foxes would struggle to cope with being in Europe because they can no longer pick the same 11 players every week like they did last season.

But I commented at the time that they were able to do that because their backroom staff were obviously monitoring their players really well - always looking ahead and being pro-active in preventing injuries rather than reacting to them when they were happened.

The Leicester coaches will have to modify their approach to deal with the demands of Champions League football - looking at factors such as where they are travelling, how far, plus when and how they train.

But I would imagine they just see this as another challenge, and have the same aim of giving Ranieri a squad of fully-fit players as often as possible again.

Whatever happens with that, they will definitely retain a big part of what made them such a phenomenal team, which is their mental strength and togetherness.

Ranieri has been saying all week that his side have no chance of winning the Champions League but they have a great chance of getting out of their group. What happens after that will depend on the draw they get.

As Leicester have already proved, nothing is impossible - or at least not until Uefa can restructure things to rule it out.