Tottenham have signed Moussa Sissoko from Newcastle for £30m, after matching Everton's bid for the midfielder late on deadline day.

Everton had an offer accepted, but withdrew their interest after failing to agree personal terms, allowing Spurs to secure the 27-year-old's signature.

"I will give everything for you and the team," Sissoko told Tottenham fans. "I hope we win a lot of games and titles."

Sissoko said he had signed a five-year deal at White Hart Lane. 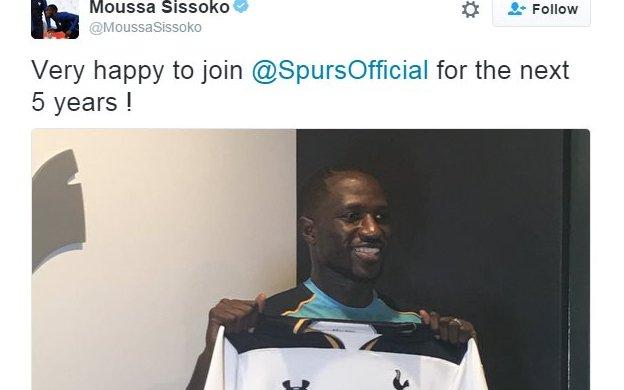 The France international impressed in his country's run to the Euro 2016 final this summer and stated his desire to leave St James' Park after the club dropped down to the Championship.

"I gave everything for this club and I want to play some big games," Sissoko told BBC World Football. "For that, I need to go somewhere else."

Sissoko joined Newcastle from Toulouse in January 2013 and scored 12 times in 133 appearances for the Magpies.