Robbie Keane ended his Republic of Ireland career in style by scoring in a 4-0 friendly win over Oman.

Keane received a rousing ovation when he was substituted after 56 minutes on his 146th and last Republic appearance.

Robbie Brady and Jonathan Walters (2) also scored in the warm-up before the World Cup qualifier against Serbia.

Walters was named man-of-the-match but the night belonged to skipper Keane as he retired after 18 years in international football.

The LA Galaxy striker had an early shot blocked and then saw his lob land on top of the net before his low finish on 29 minutes.

That made it 2-0 after Brady's curling free-kick for the opener and the impressive Walters headed in before slotting home the fourth in the second half.

Keane told Eir Sport: "It was very tough - it was an emotional night for me.

"I just want to thank everyone who came along to support me and tell them that I've enjoyed every minute of my 18 years with the team. 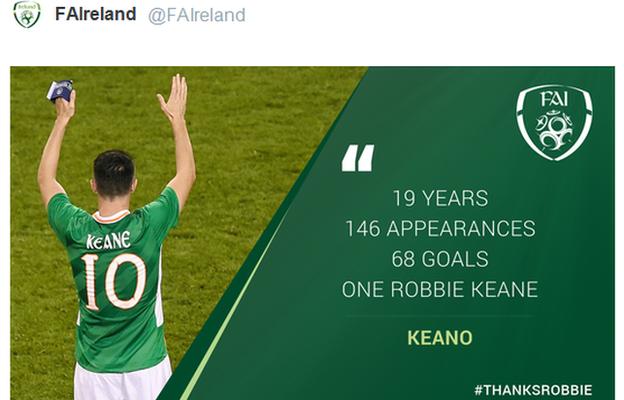 "Everyone wanted me to score and I'm delighted to finish off in this way.

"I look forward to now sitting back and watching the team as a fan."

Despite being a friendly against an limited Oman side ranked 107th in world, it as an energetic and flowing Irish display for boss Martin O'Neill to digest.

Serbia will offer tougher opposition on Monday in the Group D opener but Walters stood out in a central striker role, hitting the woodwork to go along with his two goals.

Marc Wilson and Harry Arter missed out on the Euro 2016 finals and they put in solid displays while Wes Hoolihan was creative as Keane's replacement.

Callum O'Dowda shone as a second-half substitute, his power and pace evident as he won just his second cap. 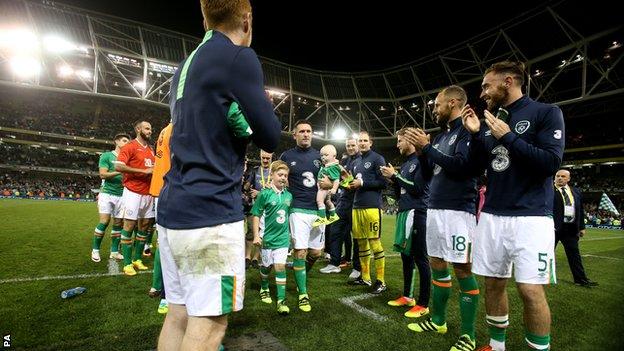 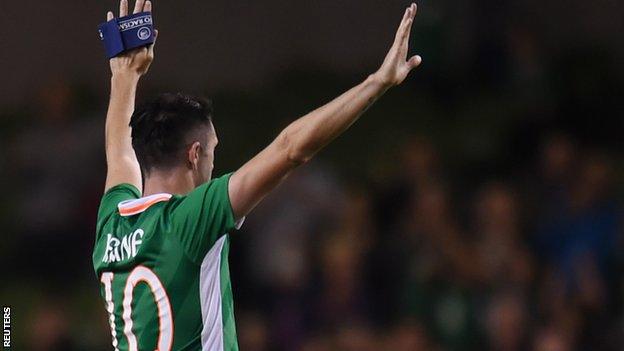 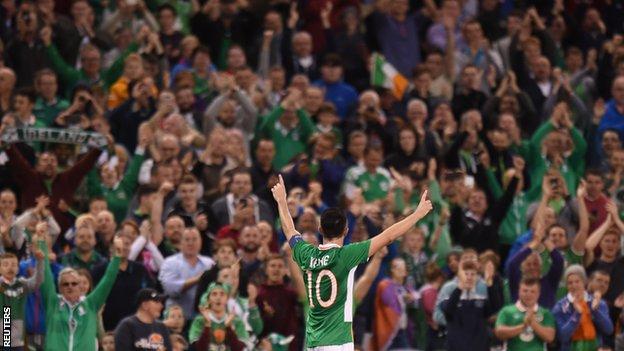 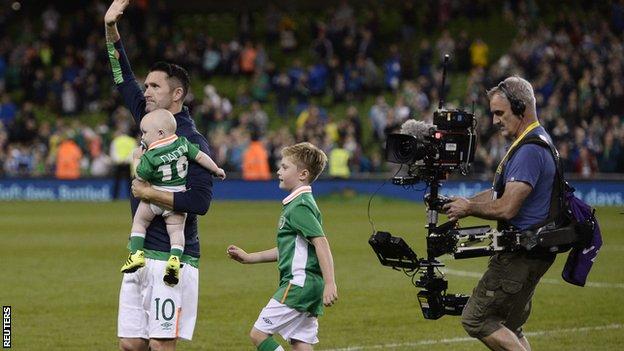