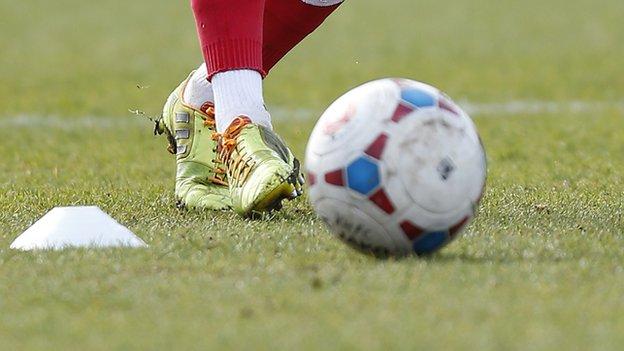 Ilkeston FC have been charged for not playing their Northern Premier League fixtures, despite being suspended before the season started.

The club had their licence suspended by the league for not paying creditors, and competition officials say they have yet to see evidence of payment.

Ilkeston could not play their league games against Stafford Rangers, Whitby Town or Stourbridge because of the ban.

The charges will be heard by a league panel on Wednesday, 31 August.

"In order for the league's board to review the decision [to suspend the club], supporting evidence relating to payments made are required from the club. To date, none has been received despite several requests," a statement from the league said.

"Consequently, the club's licence remains suspended and, in accordance with FA rules, Ilkeston FC have therefore been charged under league rule 8.6 with three counts of failing to fulfil a fixture."

After receiving the suspension on 11 August, the club said that debts owed were being chased, with reports suggesting they would receive a sell-on fee from the sale of former striker Che Adams from Sheffield United to Birmingham City.

A club statement, issued before their game against Stourbridge was cancelled, said they were working to rectify the matter as soon as possible.