The football world has been paying tribute to former Aston Villa forward Dalian Atkinson, who has died age 48 after being hit by a police Taser.

Atkinson scored the BBC Goal of the Season in 1992-93 with a mazy run and deft chip against Wimbledon - and won the League Cup with Villa in 1994.

Former Villa defender Paul McGrath described the forward as "a huge part of the Villa family" and "a lovely kid and friend".

The Football Association said it was "saddened" by the death of the former England B international.

Atkinson began his career at Ipswich and played for Sheffield Wednesday and Real Sociedad in Spain before moving to Villa.

He scored 25 league goals for the Birmingham side between 1991 and 1995 then moved to Fenerbahce in Turkey and Manchester City, ending his playing career in South Korea in 2001.

Ex-Villa defender Ugo Ehiogu told BBC Radio 5 live: "When I arrived at Villa as a nervous kid he took me under his wing and was bit of a mentor for me. He was kind-hearted, always had a smile on his face and enjoyed life to the fullest.

"He was quick, powerful, he could score a goal and brought some great memories to the clubs he played for. I was privileged to play alongside him.

"I spoke to him in June this year and he was in good spirits. He had maybe fallen on some difficult times but he was a grafter.

"He played in Spain, wasn't afraid of challenging himself and pushing himself."

Former Villa boss Ron Atkinson added: "He was a really popular player with team-mates. He was a really generous lad - sometimes too generous for his own good - but a good lad."

Darren Byfield, who began his career at Villa in the 1990s and is now manager of non-league Redditch, tweeted: "Dalian, what a legend. I really can't believe what I'm hearing, such a nice guy, always had time for the young lads growing up at Villa."

Ex-Liverpool striker John Aldridge played alongside Atkinson in Spain for Real Sociedad in the early 1990s and said: "I'm absolutely gutted to hear the news of Dalian dying. I can't take it in really - my thoughts are with his family. So sad. RIP my friend.

"I'll always remember when we beat Barca at the Nou Camp 3-1 after they lifted the La Liga trophy. Dalian ran them ragged. What a performance!"

Another of his overseas clubs, Turkish outfit Fenerbahce, said: "We are saddened to hear the news of the passing of our former player, Dalian Atkinson. Our thoughts and prayers go out to his family."

David Hirst, who played alongside Atkinson at Sheffield Wednesday, said: "I saw the news and was thinking they had surely got it wrong. He was a great lad and a great character to have around the place.

"On his day he was unplayable and even on an off-day he could be unplayable because of his lightning pace. He was loud and fun to be around. He had an opinion, but who doesn't? It's very sad."

Current Villa midfielder Jack Grealish, 20, said: "RIP Dalian Atkinson. Loved watching videos of him and always remember his great goal vs Wimbledon. My thoughts are with his family & friends." 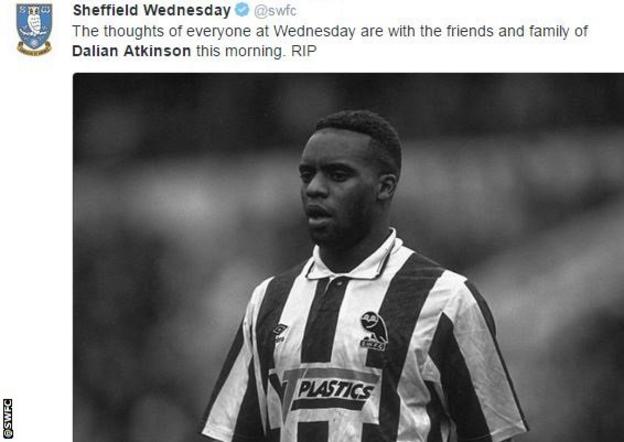 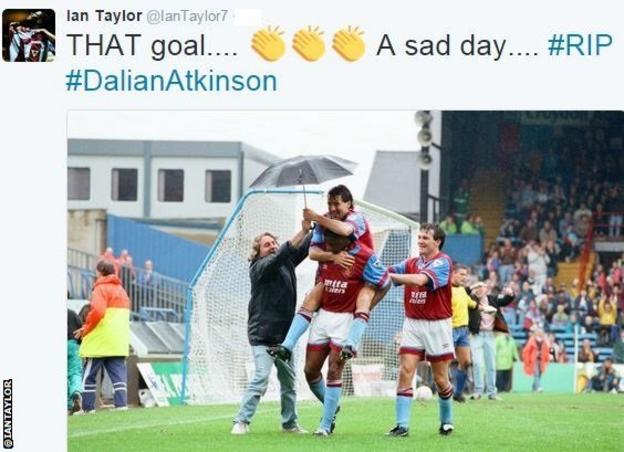 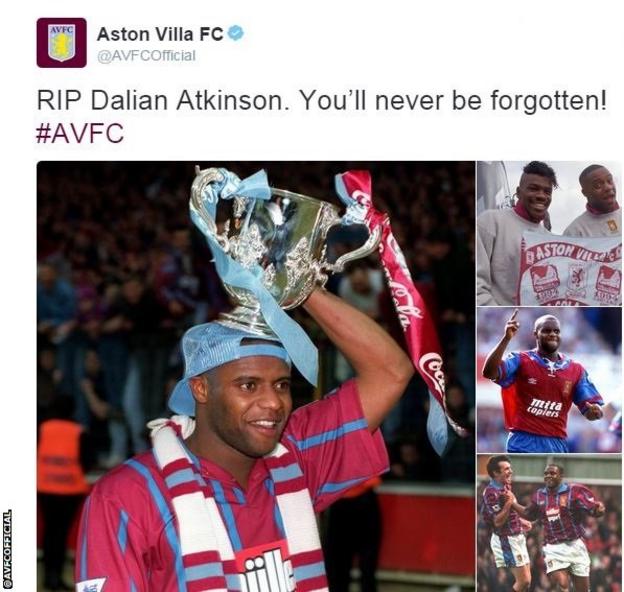 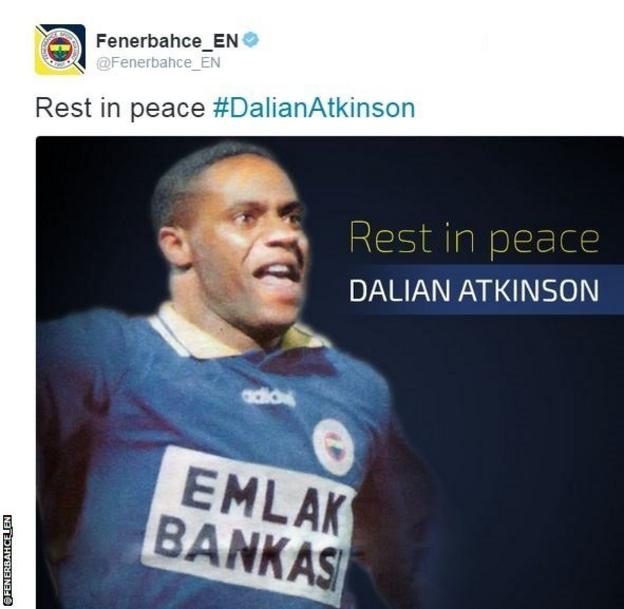