Sam Allardyce will be named as the new manager of England, with confirmation expected on Thursday.

He will leave Sunderland after nine months at the Premier League club.

Allardyce replaces Roy Hodgson, who quit in June after the surprise defeat by Iceland in the last 16 of Euro 2016.

The 61-year-old, who has also managed West Ham, Newcastle, Bolton and Blackburn, spoke to the Football Association last week and has been chosen ahead of Hull's Steve Bruce.

The only remaining issue to be settled is compensation to Sunderland, with Allardyce having a year left on his contract at the Stadium of Light.

In a statement, Sunderland said it was "aware of the intense media speculation" but that Allardyce remained in charge "at the present time".

It added: "We share in the anger and frustration of our supporters and would like to assure them that we are working to conclude the matter in the best interests of Sunderland AFC."

Allardyce was present as Sunderland beat Hartlepool 3-0 in a pre-season friendly on Wednesday but left before full-time.

The FA board meets on Thursday, when the three-man selection panel will say Allardyce is their preferred candidate - with the board expected to rubber stamp that decision.

Both Sunderland and Hull had urged the FA to act quickly, with the new Premier League season less than a month away.

It is a realistic appointment for where England are

Allardyce was interviewed for the England job following Sven-Goran Eriksson's departure after the 2006 World Cup but Steve McClaren was appointed.

His first competitive game in charge will be a World Cup qualifier in Slovakia on 4 September.

Allardyce will become the 14th permanent England boss, the pinnacle of a managerial career that started at Blackpool in 1994 and has taken in 467 Premier League games.

Allardyce has never won a major trophy but did secure promotion to the Premier League with both Bolton and West Ham.

He also won Division Three with Notts County in 1998.

As a player, Allardyce started at Bolton in the 1970s before spells at Sunderland, Millwall, Coventry, Huddersfield, West Brom, Irish club Limerick and US side Tampa Bay Rowdies. He ended his career at Preston.

They said they were seeking a strong-minded, tactically savvy manager who could build a clear team identity.

Glenn also told BBC sports editor Dan Roan the new manager would need to "build resilience" in players so they are able to deal with criticism on social media and the pressures of an "intensely passionate" English media.

Allardyce's departure means Sunderland will now be looking for a ninth permanent manager in less than eight years.

Former Manchester United and Everton boss David Moyes and current Burnley manager Sean Dyche are reported to be among the favourites.

"It is a realistic appointment based on England's performance at tournaments. Constant disappointment, getting so far and no further.

"I think Martin Glenn, in the aftermath of Roy Hodgson stepping down, gave a clear idea and indication that when it came to the salary for the new manager, it would be heavily performance-related. I would expect that to be the case."

"I'm delighted because I've been fed up with fantasy football. Football is about winning. If you win by being direct or by playing a possession game, it doesn't matter. Sam has never been given an opportunity at a top, top club to win a title but has done a terrific job wherever he has been."

"I signed him as a player when I was manager of Bolton. He was a fighter and he's still prepared to scrap. I think he will try to instil some what I call 'club confidence'. He will get a team spirit, get the dressing room right."

"I don't think the bar is particularly high. It's a sensible appointment. People will have question marks about things, but he just has to get them set up properly and give the players a chance." 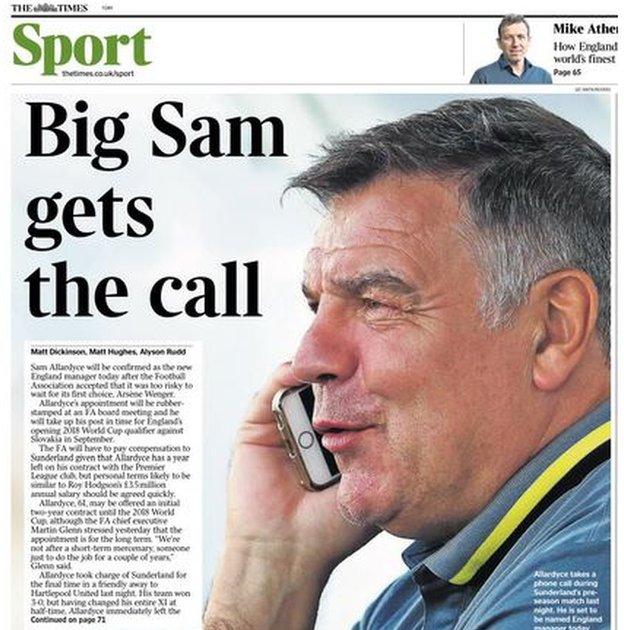 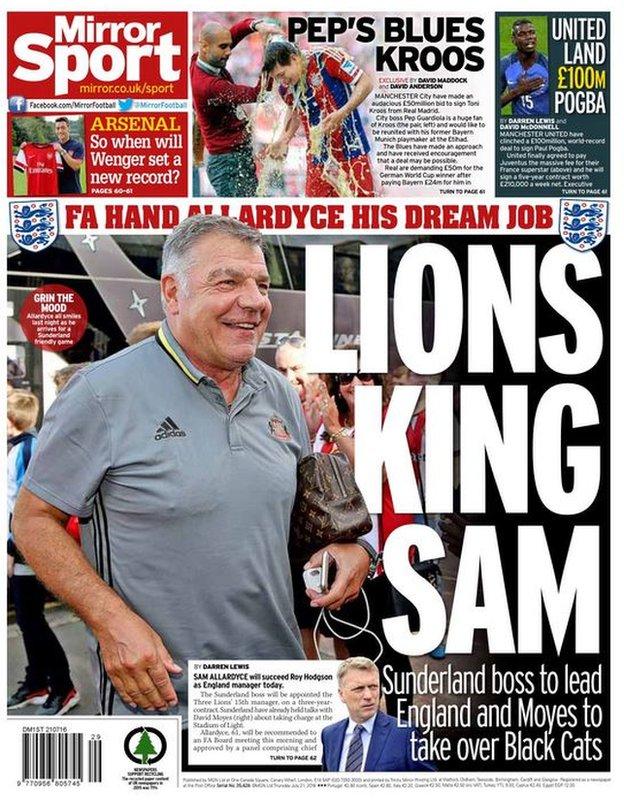 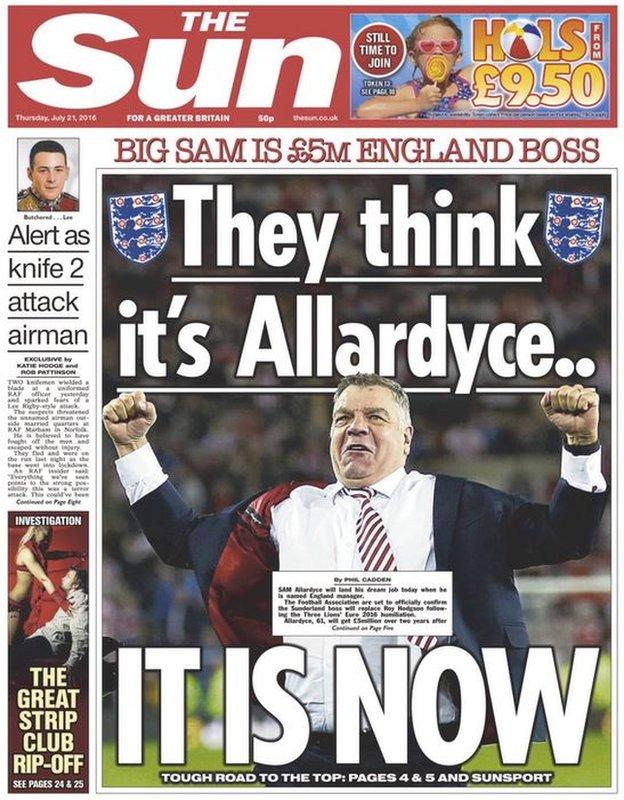 England's next fixture is their opening World Cup 2018 qualifier against Slovakia on Sunday, 4 September. If Allardyce is in charge, who would be in his starting line-up?