Morata, 23, has rejoined Real Madrid this month after spending two years in Italy with Juventus.

"It's difficult to attack against them, they are specialists," he said. "It will be one of the most important games of my career."

The winners will face Germany in Bordeaux on Saturday.

Morata has scored three times for Spain at this year's tournament, netting twice in a 3-0 win over Turkey and claiming Spain's only goal in the 2-1 loss to Croatia.

He is likely to face four former team-mates at Stade de France, having played with keeper Gianluigi Buffon and defenders Giorgio Chiellini, Leonardo Bonucci and Andrea Barzagli at Juventus.

"I have to thank them for how they helped me in every area, personally and as a player," said Morata. 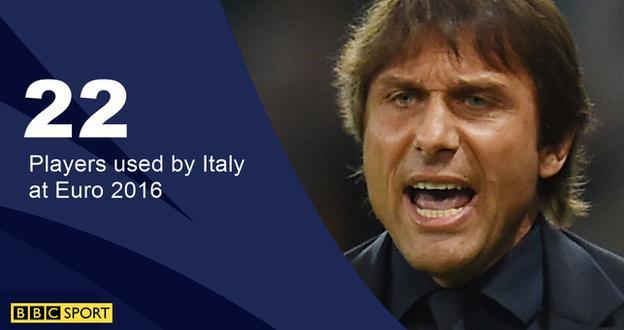 Italy refuse to be 'sacrificial lambs'

Italy finished top of their group after two wins and a defeat, but will be considered underdogs against the defending champions.

The Azzurri boss Antonio Conte, who will take over as Chelsea manager at the end of the tournament, wants his side to "overturn the odds".

"Nothing is impossible, otherwise everything would be too easy," he said.

"We are not the sacrificial lamb. Spain have to show they are better on the pitch."