Czech Republic captain Tomas Rosicky has been ruled out of the rest of Euro 2016 with a thigh injury.

The 35-year-old midfielder suffered the injury during Friday's 2-2 draw with Croatia, and national team doctors say he will play no further part in France.

Czech Republic next play Turkey on Tuesday, and a win could see them secure second and a spot in the knockout stage on goal difference.

For that to happen, Croatia would also have to lose to Group D leaders Spain.

However, third place may also be good enough for Czech Republic to make the next round, as the four best third-placed teams across the six groups teams also advance. 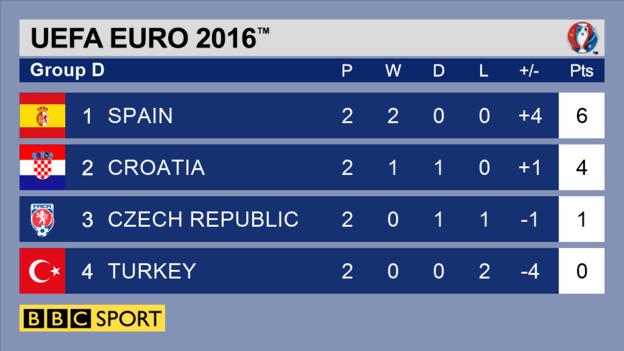