New Everton boss Ronald Koeman says it would be "difficult" for him to sign players from former club Southampton.

Koeman, who spent two seasons as Saints manager, was reported to be interested in signing defender Virgil van Dijk.

The 53-year-old Dutchman said: "I like most of the players at Southampton. Maybe it's better I don't make more fights with them."

Koeman also said he will speak to striker Romelu Lukaku and defender John Stones about their futures at the club.

Lukaku and Stones, who are at Euro 2016 with Belgium and England respectively, have been linked with moves.

Koeman said: "Lukaku is a key player and a goalscorer. If I can do something in that, then I will do. He needs support and needs to improve.

"I'd like to talk to Stones personally and see how he feels. And then make conclusions."

Koeman succeeds Roberto Martinez, who was sacked just before the end of the 2015-16 season.

He added: "Everybody is hungry - the people at the club and the fans - to put Everton back to where we were.

"I am very pleased to be part of a great project." 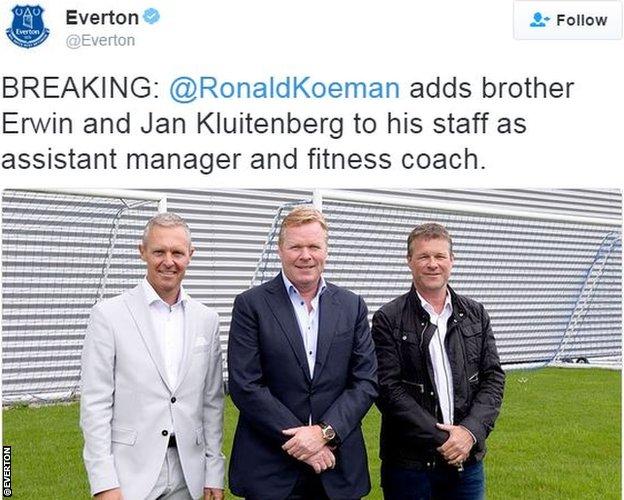