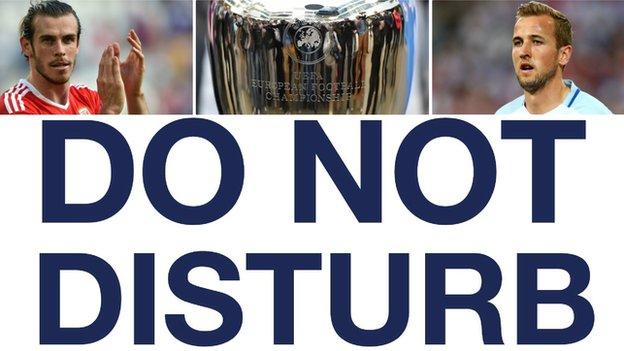 Thursday, 16 June is a date that has been etched, scribbled, embedded in the minds of England and Wales fans ever since the draw for the Euro 2016 finals was made.

Today is the day the Group B rivals meet in Lens.

As you're reading this, you've probably tensed up, fully focused on the game - nothing should get in the way between you and watching this eagerly awaited clash. NOTHING.

So in order for you to let the world know not to bother you for about two hours, we've produced this DO NOT DISTURB sign for you to print, cut out and display.

We want you to take a photo of the sign, place it in your designated spot and post the pic using the hashtag #bbceuros.